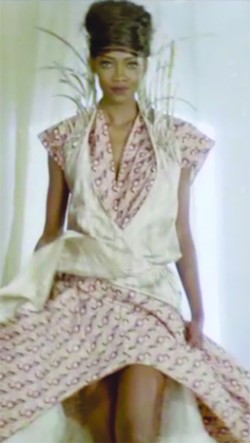 Speaking on the new deal, an excited Oluchi said: “Africans have a lot to offer the world. The continent is riddled with brilliant minds, and a very rich culture. I’m excited to be a part of this because I believe in Africa and I’m proud to be African, just like my Verve card.”

Just like Verve, Oluchi who grew up in the suburbs of Lagos, is a perfect example of a truly inspiring African success story and represents the needs and aspirations of all Africans.

This is not Oluchi’s first deal in recent times. In 2013 Oluchi was named ambassador for Gentle Touch alongside former Miss World, Agbani Darego.

She is currently the host and head judge of Africa’s Next Top model and is married to Italian fashion designer, Luca Orlandi. They have two sons.