Which Is Worse: Postponement Of The Election Or Fuel Scarcity? 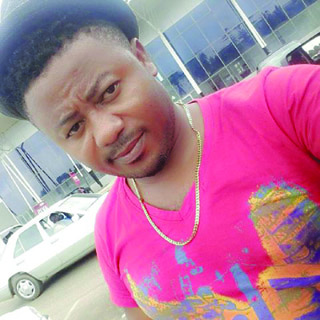 On Saturday, 7 February, Nigerians woke up to the shocking news about the postponment of the general elections, initially scheduled to hold on 14 and 28 February, to 28 March and 11 April. Many Nigerians decried the action of the Independent National Electoral Commission, INEC. And as the postponment continued to pop up in discussions afterwards, the entire populace was again jolted by the scarcity of petrol that made commuting to work and business places a nightmare. Following these two major developments in recent weeks, P.M.NEWS sampled people’s opinion on which of the two they think is worse. Here are their views:

Oladiti Dayo: The situation of this country calls for serious attention. Between the postponement and the fuel scarcity issue, I will say that the fuel scarcity issue is a result of the postponement of the election. The election issue was a technical scam to buy time for more planning by the two major political parties. Basically, they haven’t achieved what they want before the elections. So they blamed the excuse on insecurity. Imagine the president saying INEC and the military didn’t inform him about the  postponement. In addition to our grievances, there is now scarcity of fuel. These are reasons why some will never believe the government.

Biodun Insta: Really, this country is as bad as hell with all that these leaders are exposing us to. The postponement of the elections came as a rude shock but to have scarcity of fuel at this delicate period is just like adding insult to injury. Poverty is surely staring us in the face. I believe the PDP and FG are scared of the support the opposition have been able to garner due to the failure of the present Jonathan administration. Nigerians are more aware of their right to vote and most of the citizens want change. So I believe the FG are planning to rig the elections and they need more time to strategise on their plot

Layinka Folakemi: When you say worse, that’s relative to the present situation because both are worse. How can you describe as a situation where plans suddenly changed and people’s feelings or plans are not considered before taking such action? And talking about  the postponement, it is a pure act of desperation designed to rig the election. The president and other political parties and government stakeholders want to use the medium they have to make their machinery more prepared for war.

Ezeh Onyeka Collins: Well, I don’t have much to say about the postponement of elections. First, I commend the idea because now Nigerians can get their PVCs  and vote for the candidates of their choice. However, tension ahead of the election date is slowing down now. I believe come March 28, 2015, election will hold and in a peaceful manner, and may God help us. Concerning the fuel scarcity, it is a subject of debate because it is only frustrating Nigerians but I want to believe the government will find a solution.

Babatunde Ogunwole: The election postponement is worse. The election should have been allowed to take place on the 14th of Feb. After much deliberation by the electoral body, it decided to shift the election to 28th of March and 11th of April. This shift in election had an adverse effect on our economic situation as foreign investors are afraid of putting their funds down for business. On the other hand, there had been huge transactions in dollars in the past few months due to the upcoming elections.

There were various excuses about the postponement of the elections. One of them was that 80% of the PVCs had not been distributed because of  the insurgency in the northeast. But my questions to INEC are: it had three years to distribute the PVCs so why the rush months to the elections?  Secondly, elections were held in some local areas in Adamawa, why can’t such take place during the general elections?  According to APC presidential candidate, although INEC acted within its constitutional powers to shift the polls, it is clear that it has been boxed into a situation where it has had to bow to pressure. Thus, the independence of INEC has been gravely compromised. But we all know INEC had been compromised due to the fact that on Friday, 6th Feb the electoral body informed Nigerians that the election would hold on 14th Feb. So, why the sudden change on 7th of Feb.?  In a nutshell, the world is watching us and its leaders had come out to kick against the postponement of the elections. Basically, most Nigerians and myself were not surprised knowing the type of people we are. But it must be said that it’s a national disgrace and it shows how incapable we are in ruling ourselves. And we won’t accept any further shift in the elections.

Olubukola Michael: None is better than the other.

Chukwuemeka Ayanwu: The general elections were slated for February 14 and 28 by INEC and Nigerians were very prepared to decide the destiny of their country but since Nigeria is the only country where anything goes without questioning, Jega and his boss President Jonathan decided to tell us a story. Any way, the story was told but the point is that the majority of the voters still know the man who will bring about  the change they yearn for at the federal level.