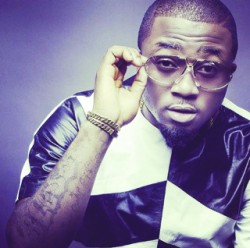 Chocolate City rap star, Ice Prince Zamani has praised MTV Base for lifting Nigerian music and made it global.

Ice Prince said this as he made a surprise appearance on this week’s MTV Base Official Naija Top 10 hosted by VJ Ehiz.

The Aboki rapper took time out to give a shoutout to fans and gave special props to MTV Base for all their support over the years.

“I’d like to give a shoutout to MTV Base for always supporting African music. They have taken our music global and put us on the map worldwide,” Ice Prince said.

On the chart, last week’s top two remained on the same spots as Kiss Daniel’s Woju and Wizkid’s Ojuelegba remain at number one and number two respectively.

Ice Prince’s One Day fell two places to number five on this week’s chart. D’Banj’s Feeling the N**** and JJC’s My Life exited the chart this week as did Heartbeat by Praiz.

This week’s new entries are Runtown’s The Latest coming in at number ten, Banky W’s Unborn Child featuring Lynxxx at number eight, and Davido’s The Sound featuring Uhuru and DJ Buckz making its debut at number six. This week’s ‘One To Watch’ track is Africalabash by Stylezz.