Eating Disorders and Pregnancy - A Guide 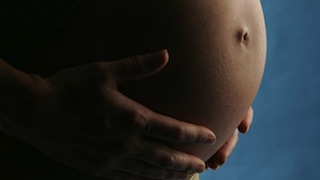 Eating disorders are often portrayed as an exclusively Western disease yet recent studies indicate that many women in Nigeria also suffer from anorexia and bulimia (as many as 58% in the female student population). Eating disorders can fall into one of four categories: anorexia nervosa (in which women tend to count calories obsessively and starve themselves); bulimia nervosa (in which bingeing is followed by purging), binge eating disorder (where bingeing is not followed by purging) and EDNOS (Eating Disorders Not Otherwise Specified, in which women have a problematic relationship with food, without falling into one of the stated categories).

Anorexia nervosa has the highest mortality rate of any mental condition, indicating its seriousness and the need for greater awareness and prevention. The case is particularly worrisome in pregnant women, since during pregnancy, women are required to consume a greater number of calories to meet the nutritional needs of their baby. Women who have struggled with eating disorders in the past, or who are struggling with a disorder during pregnancy, can find it very hard to reconcile the ambivalent feelings they have about being pregnant. On the one hand, they are happy to bring a new life into the world; on the other hand, the sensation that they are losing control over their body shape and the amount of weight they are gaining, can be devastating.

There are serious risks associated with eating disorders during pregnancy – everything from preeclampsia right through to pre-term delivery and even miscarriage. The problem extends beyond birth, since women with eating disorders also have higher rates of postpartum depression and breastfeeding issues.

The good news is that women who have recovered from an eating disorder can have a healthy pregnancy if they are able to maintain a normal weight throughout the pregnancy. If you are pregnant and have suffered from an eating disorder, ensure that you see your health care provider and a nutritionist, as well as a therapist, to address any underlying issues related to food and body image which may resurface during your pregnancy. Even before your pregnancy, you should schedule a prenatal visit to establish goals for healthy weight gain. Make sure you are guided by professionals who specialize in eating disorders.