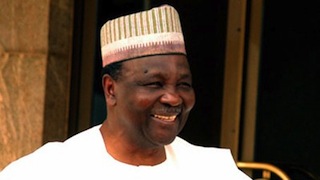 A former Military Head of State, General Yakubu Gowon (rtd), said on Wednesday that an Igbo president would help heal the civil war wounds, maintaining that he supports the idea of rotational presidency

Gowon said this while delivering a lecture entitled “No Victor, No Vanquished: Healing the Nigerian Nation” to mark the 6th Convocation ceremony of the Chukwumeka Odumegwu Ojukwu University (COOU), Igbariam, in Anambra.

He explained that the civil war was not out of hatred for the late Igbo leader Odumegwu Ojukwu or the Igbos, but was based on the principle of a commitment to a robust Nigeria.

“It is wrong to conclude that the civil war broke out following the failure of the Aburi Accord but was the direct result of a unilateral decision of independence for Eastern Nigeria.

“If there was no seccession, there would have been no war.

“It was a reluctant war waged to unite the country,” Gowon explained.

He acknowledged that many people died of hunger and diseases during the period but maintained that the Federal Government ensured that starvation was not used as a weapon of war.

Gowon said that Nigerians should be proud of the gains of the war through the healing balm of “no victor, no vanquished.”

According to him, the three Rs of reconciliation, rehabilitation and reconstruction were adopted to enhance national unity.

He also argued that the abandonment of the development plan drafted immediately after the war by successive governments, resulted in the infrastructural decay in the country.

The former head of state, however, lauded Ojukwu for his courage in defending his people during the war, saying: “if Ojukwu were in my shoes, he would have equally waged the war.”

He also commended the Anambra government and management of the university for honouring Ojukwu with the change in name of the institution from Anambra State University to COOU.

Governor Willie Obiano of Anambra, who lauded Gowon for honouring the invitation, said education was dear to his administration.

Represented by the state Commissioner for Education, Prof. Kate Omenugha, Obiano said that a blue print for the development of higher education would soon be implemented in the state.

“Infrastructure, students’ welfare as well as teachers and lecturers’ welfare are important tools for developing the education sector of the state.

“This administration has increased the salaries of teachers in rural areas by 20 per cent and has approved extra N3, 000 for teachers who teach core subjects,” Obiano said.

Earlier, the Vice Chancellor of the University, Prof. Fidelis Okafor, said that the lecture was designed to honour Ojukwu and give opportunity to Gowon to clear the air on the civil war.

NAN reports that the university will, on March 26, hold its convocation ceremony at the Igbariam campus.