I Once Worked As A Bricklayer, Says Reekado Banks 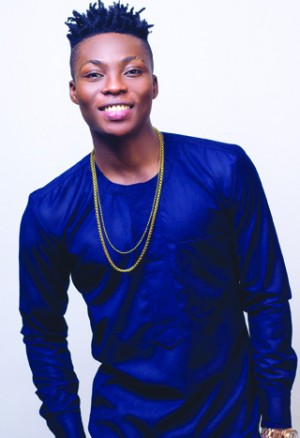 Reekado Banks, one of the fast rising stars in the Nigerian music scene and Mavin Records artiste, has shared his inspiring story of how he struggled to get to where he is at present.

Speaking during a #MySuperStarStory interview, Banks, who has worked with the cream of the Nigerian music industry, said the story of his rise to prominence has not been smooth.

The Ondo State indigene revealed that after informing his parents of his intention to pursue a career in music and getting their blessing, he had to hawk blenders in traffic and work as a manual labourer at a construction site in a bid to earn some money to use to record.

He also revealed that at one point, a lecturer in a university told him that he will never make it after preventing him from retaking a test he missed. But his turning point came during the Mavin Records audition where he was picked out of over 5,000 hopefuls.

The dreadlocked act, popular for his ballad Katapot, credited this triumph to God.

“There is no amount of sacrifice that was enough to get me something this big,” he said