Ribadu gets poll spanking in Adamawa, trails in third 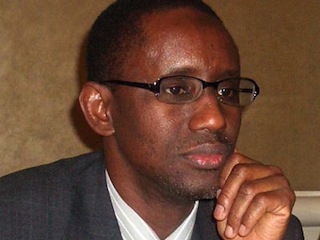 INEC has released the results of Saturday governorship election from 12 of the 21 local government areas of Adamawa, which shows Malam Nuhu Ribadu of the Peoples Democratic Party, suffering from poll blues.

He is now number three in the scoring and is not giving the APC candidate, Senator Jibrilla Bindow any serious opposition. Instead, it is the candidate of the Social Democratic Party, Marcus Gundiri who is tailing Bindow.

Okogboo explained that the result was collected from the local government collation officers.

According to him, the APC candidate, sen. Jibrilla Bindo, is leading in seven of the local government areas, including Yola South, Yola North, Maiha, Song, Girei, Mayo Belwa and Gombi with 206,576 votes.

The results announced so far have been accepted by representatives of the various political parties at the collation centre as none objected the outcome.