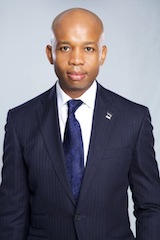 The economic downturn in the country, coupled with the difficult regulatory climate, seems to be taking its toll on the financial sector as one of the top financial institutions, Diamond Banks Plc has sacked over 1,000 workers.

P.M.NEWS Business findings revealed that the latest disengagement by the bank had to do with the need to realign its operations for a tougher 2015, especially as the monetary policy environment continues to get tighter.

Some of the regulatory measures introduced by the Central Bank of Nigeria aimed at protecting the economy, according to findings, have started affecting the banks’ profitability.

It was learnt that apart from job cuts, the bank is also planning to reduce the number of new branches to be opened this year.

A source within the bank told our correspondent that major projects and sponsorship programmes for third-party companies, which may not readily add to the bottom line, are also due to be axed by the bank.

According to the source, the  affected workers cut across all branches of the bank.

The fortunes of Diamond Bank has recently not been on the positive side as its 2015 first-quarter pre-tax profit fell 9.5 per cent to 8.36 billion naira ($42 million) from a year earlier.

The bank did not disclose why profit for the period end-March fell but said in a statement that revenue climbed 5.8 per cent during the period to 40.48 billion naira.

The banks corporate communications unit could not immediately be reached for comment on the development.

P.M.NEWS Business however learnt that more financial institutions are planning to cut their staff strength in the following months, while others are already outsourcing a number of job functions, a development that has seen some of them transfer a significant number of their employees to third-party companies.

One of the banks, Skye Bank Plc, earlier in the year announced that it had transferred its tellers, drivers, security personnel and other support staff members to three outsourcing firms, a move that will affect hundreds of the bank’s workers.

The decision, led to the disengagement of the affected employees from the bank and their subsequent transfer to third-party firms.

Skye Bank, however, said in a statement that the move was part of the initiatives to strengthen all cadres of its workforce.

According to the statement, the outsourcing companies appointed to take over the employees are Optimum Continental Services, Strategic Outsourcing Limited and Integrated Corporate Services Limited.

The bank gave the assurance that the outsourcing firms would engage the affected employees under the same terms and conditions as they were employed by the financial institution.

Global rating agency, Fitch Ratings, and other international and local research firms had late last year predicted that Nigerian banks would witness a fall in profitability this year.

On November 25, 2014, the CBN’s Monetary Policy Committee devalued the naira by eight per cent; raised Monetary Policy Rate from 12 to 13 per cent; and also increased the private sector Cash Reserve Requirement from 15 to 20 per cent.

The development, which led to the immediate withdrawal of about N500bn from the banking system, was said to have affected the banks adversely.

Also, in a bid to halt the sliding naira, the CBN had in December stopped the banks from keeping any of their funds in foreign currencies. It also said dollars bought from it must be utilised within 48 hours, adding that the actions were aimed at stopping the banks from speculating on the exchange rate.

Experts said the recent regulatory measures would have major negative effects on the banks this year, adding that they were already feeling the effects of previous actions by the CBN, especially the increase in public sector CRR, the Asset Management Corporation of Nigeria’s levy increase, and the gradual removal of certain bank charges.

Fitch, in a report released on October 8, 2014, said actions aimed at protecting the economy and the banking system by the CBN would make the profits of the Deposit Money Banks for this year drop.

While recalling that some of the previous regulatory headwinds had led to weaker profitability and “stemmed credit growth” in the first half of 2014, the rating agency said Nigerian banks’ assets growth and earnings would experience further fall over the next 18 months.