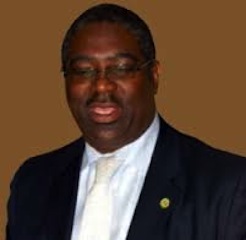 The Lagos State Government has sued 686 companies for evading tax to the tune of N11.1 billion.

The cases were filed at the High Court of Lagos in a bid to retrieve the money, says Chairman, Lagos Internal Revenue Service, Tunde Fowler, at a ministerial news conference on Wednesday in Ikeja, Lagos, southwest Nigeria.

He said out of the 686 people taken to court in 2014 for tax evasion, the court granted government order to collect taxes from 376 companies, amounting to N8.1 billion, but that only N771 million was recovered.

“When a tax payer disagrees with the tax he is expected to pay and both the tax officials and the payer couldn’t reach a compromise, both parties go to court. And the court will grant us some order of destrain; to close that organization.

“After that destrain, and they make a payment, we will give room for the tax payer to bring additional evidence on why he cannot pay such fee. And that was why we always have difference in the amount that we took to court and the amount that was paid,” he explained.

On consumption tax, Fowler said in terms of compliance level, government had over 2,600 outfits that were paying this tax, adding that “we have their cooperation while the case was still in court.”

In the Internally Generated Revenue, IGR, he disclosed that the government currently collects N23 billion on monthly basis.

“The high months of collection are usually in April, May and June. These are the months when companies declare dividends and staff go on leave and they get their leave allowance.

“In terms of our actual collection, we didn’t increase in IGR. In 2013, we had approximately N236 billion while in 2014 it was N276 billion. So we went from an average of N20 billion in 2013 to an average of N23 billion. That was one of the things that has kept the state working. The informal sector is yet to pay taxes despite the fact that some of these people get paid for their services. They are about three million people in the state. The objective of taxation is to distribute wealth,” he said.

Also speaking, Special Adviser to the Governor of the State on Taxation and Revenue, Bola Shodipo announced a 50 per cent increase in taxpayer population between 2011 and this year.

He said as a result of increased public confidence in the government of Mr. Babatunde Fashola, the taxpayer population increased from 2.7 million in 2011 to 4.5 million this year.

Shodipo, who put the population of voluntary taxpayers at 3.8 million in 2014, said aside from the traditional due recognition to the most tax compliant individuals and organisations, there was also a correspondent increase in the number of Electronic Tax Clearance Certificates issued during the year under review.

The Special Adviser said an additional 19,640 properties were enumerated during the year under review bringing the total number of properties enumerated by his office for Land Use Charge (LUC) to 663,913, adding that out of 5,893 complaints arising from the issue, 5,223 were resolved while the remaining were still pending at various stages of settlement.

Announcing an improvement in the delivery of bills by his office with the introduction of the e-billing system, Shodipo appealed to members of the public to embrace the system to enable them benefit from the improved service delivery which, according to him, informed its introduction.