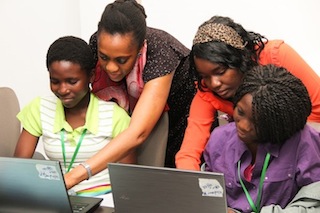 The Civil Society for HIV/Aids in Nigeria, an NGO, has expressed its resolve to empower 154 commercial sex workers in Gombe State with income generating activities, to discourage them from prostitution.

Mr Bachama Yusuf, Monitoring and Evaluation Officer of the society, told NAN in Gombe on Thursday that it was a World Bank assisted the project, in collaboration with the State Action Committee on HIV/Aids (SACA).

He said each benefiary would receive sewing machine, knitting machine or money to start business, depending on the type of business she chooses to do.

“Our mission is to reduce the spread of HIV/Aids in the communities.

“We were made to understand that in spite of the awareness, some communities were still ignorant about it.

“We are sure if we empower the sex workers, they will stop prostitution because most of them are doing it because of poverty,” he explained.

According to him, the LGAs are chosen because of the very low level of awareness on HIV/Aids in the areas.

He expressed the hope that the items would be distributed to the target persons before the end of April.