Young researchers design tool that helps the blind to see 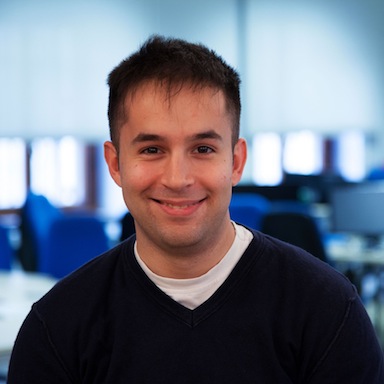 A young team of Ligurian researchers, almost all of them under 25, have designed one of many new generation devices that gives sight to the blind.

Saverio Murgia, the Engineer and CEO of Horus Technology Company, explained on Thursday in Genoa that the device could considerably improve the lives of those who have major vision problems.

“It is similar to a pair of glasses, but one wears it the other way around,” he said.

“In practice, however, it is a new invention made in Liguria, which could radically change the lives of people who are blind or have poor eyesight,” he added.

Murgia said the device, called “Horus”, would be available to buy from the beginning of 2016.

A very young team of Ligurian researchers designed it, almost all of them under 25, and in recent months they have already won a flood of recognition, both in Italy and internationally.

He said anyone who wears it, through vocal assistance, to read any kind of text, recognise people, and most importantly, to identify objects.

Murgia said using a small camera the device can decipher the world that surrounds an individual with vision problems.

“It is a digital device that can be carried in one’s pocket like a simple mobile phone, and can decipher images and transform them into words that are immediately communicated to the device’s user,” he said.

He said “Horus” would have a purchase price that would be within everyone’s reach.

“In the coming months the product will be commercialised first in Italy and then abroad, since we are already receiving many requests especially from France, Holland, Poland, Canada and Japan,” he said.

Murgia said the device has already been tested with excellent results by blind people and individuals with poor vision.

He warned that the function of the device does not rely on internet access, because the device works solely on the basis of images that come from the outside world.

Murgia said for the invention, in a couple of weeks, in Padua, the group of researchers would receive a prize at MIT Technology Review Italy, as one of the most innovative companies among the 10 that have obtained the highest score in Italy.

He said in conclusion, it was an indication that in spite of everything, development was possible in Italy.