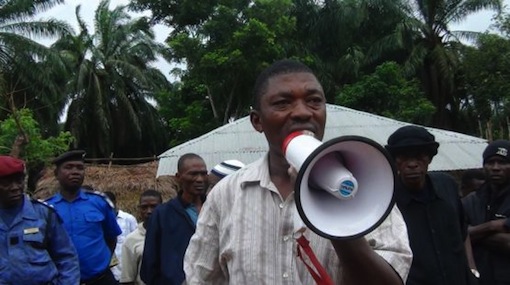 Farmers in Africa and Asia on Wednesday announced in a statement a string of protests over a holding company’s “landgrab” in their areas.

“Farmers deprived of their lands are launching a series of occupations of Socfin’s plantations in Cameroon, Liberia, Cambodia and Ivory Coast,” the International Alliance of Residents of Socfin Bollore’s Plantations said.

The first protest is set to hit the Cameroonian plantation of Didombarri on Thursday.

The farmers said they would occupy the lands until Socfin and Bollore hold their general assembly meetings on May 27 and June 4.

The residents’ alliance president Emmanuel Elong told AFP that protesters would “blockade the factory and administration offices, and stop the plantation from hiring”.

They would then repeat the action in six other Cameroonian plantations, Elong added.

The plantations have been expanding “continuously” since 2008, the protesters said, citing a 25 percent increase from 2011 to 2014 in land farmed by the company in Africa.

“These expansions provoke serious conflicts with local populations, who are being deprived of their lands and who are seeing their living conditions deteriorate non-stop,” said the alliance, which was set up in 2013.

The organisation accused the holding company of staging a “blind grab without leaving residents any space to live in”, while giving out meagre compensation.

The protesters also accused the company of bribing police and using private guards to mistreat residents.