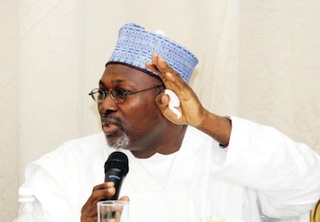 The Lagos State Government says the Independent National Electoral Commission, INEC, is delaying the conduct of Local Government election in the state as the electoral umpire has not made available the voters register for the polls.

The state government had in January set up a caretaker committee to run the affairs of the councils pending the conduct of elections into them, but the government is now saying that it did not know when election would be conducted into the councils.

Commissioner for Local Government and Chieftaincy Affairs, Ademorin Kuye, said at a ministerial press conference on Tuesday that government could not say when local government election would be conducted.

He said INEC had also yet to release about 400,000 Permanent Voters’ Cards, PVCs to some residents of the state, coupled with the fact that the body had not made available  voters’ register to the Lagos State Independent Electoral Commission, LASIEC, to conduct the poll.

“I cannot say when the election will be conducted. You will agree with me that since the last registration when INEC gave us the PVCs, the entire PVCs have not be totally released. We still have some outstanding left with the electoral commission, about 400,000.

“There is no way the state electoral commission, LASIEC can conduct any election without having the appropriate voter register for the state. And this register is still in the custody of INEC. It has not been released to the state. The moment it is released to the Lagos State Government, then we can start planning on when the local government elections will be held,” he stated.

On the 37 Local Council Development Areas, LCDAs, created by the state, Kuye believed that the new government of the All Progressives Congress, APC, would set machinery in motion to list the councils into the constitution to make them viable.

“I believe that the new government and legislatures will put national interest above partisan politics. This was because what happened in the last 16 years was the act of promoting politics above national interest.

“And I believe that this will be corrected by the change that has come into the country. And I expect that the 37 LCDAs will be given prompt attention and their name will be included in the country’s constitution,” he said.

On allegation that APC lost some councils because of non-performance by council chairmen, he said the allegation lacked merit as it was not true.

“This was because the last election was dictated and influenced by money politics. The party in power, especially the president brought a lot of money into the state. The President, Goodluck Jonathan, was in Lagos several times abandoning his office in Abuja to govern from Lagos.

“And during their time in Lagos, they were distributing money to people. Outside that, another factor was ethnicity. One will notice that in the area where we (APC) lost, they are areas dominated by certain persons from certain part of the country. They voted because they felt that the President, who also contested during the election, comes from their own region.

“We cannot say that the performance of the former council chairmen led to the loss of the five House of Representatives and eight House of Assembly seats. If we say that it was the fault of the councils, then the party wouldn’t have been able to win any seat,” he said.