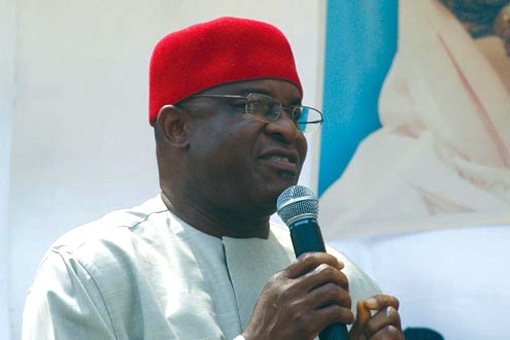 Bureaucrats of the National Assembly are keeping sealed lips over the disbursement of the sum of N600 billion, which the legislators spent in the last four years.

Even though the National Mobilisation and Fiscal Commission is supposed to fix the salaries of members, what the members–109 senators and 360 representatives—take home remains one of the closely guarded secrets of the members, leading to various speculations in the media.

A recent attempt by a Nigerian activist group, BudgeIT to break the iron curtain of secrecy was rebuffed by the Legal Services Department of the National Assembly. 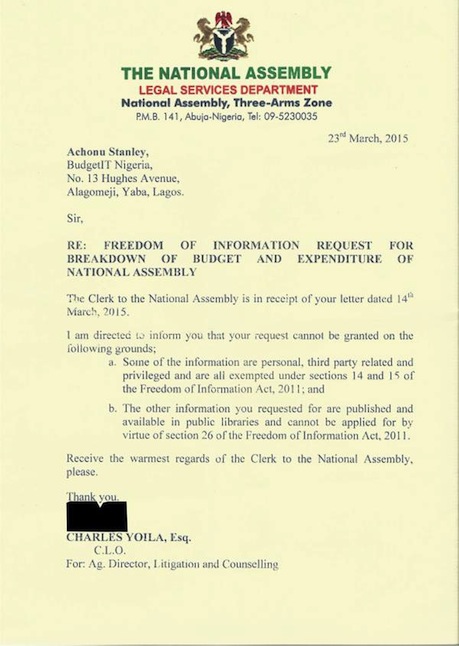 BudgetIT had on 14 march written a latter to the National Assembly, requesting a breakdown of the N600 billion that members appropriated to themselves in four years.

The request was made using the Freedom of Information Act, enacted by the Assembly four years ago, with fanfare to encourage transparency and accountability.

But in a response by an acting director of Litigation and Counselling of the Assembly’s legal services department, the request was outrightly rejected.

“Some of the information are personal, third party related and privileged and are all exempted under sections 14 and 15 of the Freedom of Information Act 2011″, said a response by Charles Yoila dated 23 March.