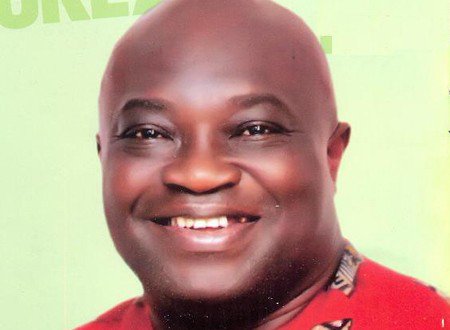 The governor-elect of Abia State, eastern Nigeria, Dr Okezie Victor Ikpeazu, the winner of 2015 governorship election in the state has been issued with his certificate of return alongside his deputy, Rt Hon Ude Oko Chukwu by the Independent National Electoral Commission in Umuahia, the state capital.

Performing the issuance ceremony on Tuesday evening, the National Commissioner of INEC in charge of Abia State, Ambassador Lawrence Nwaruku urged the governor-elect and his deputy to be magnanimous in victory, saying that the ceremony signified that the duo were duly elected by Abians to govern them in the next political dispensation.

Earlier in her brief remark, the Resident Electoral Commissioner (REC) Abia State, Professor Selina Oko commended the governor-elect and his deputy for their victory at the just conducted governorship election in the state.
She noted that the occasion was important because if INEC had not issued them with certificate of return, it meant that their victory was of no legal effect.

Professor Oko who added that if a student takes a degree exams and graduated, that his graduateship becomes relevant only when the fellow is issued with a certificate from the institution.

To this end, she maintained that it is this certificate of return which confers legitimacy on their mandates as Governor-elect and Deputy Governor-elect respectively.

In his vote of thanks, the Deputy Governor-elect and the Speaker Abia House of Assembly, Ude Oko Chukwu commended INEC for conducting a free, fair and credible election in the state.

He also commended his party (PDP) for providing them the platform to actualize their political aspirations while thanking all Abians and residents in the state that voted them to power.