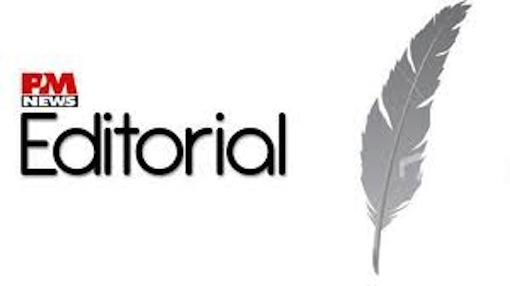 The recent order by Nigeria’s Acting Inspector-General of Police, Solomon Arase, disbanding all police checkpoints across the country because they breed corruption among officers and men, may  amount to nothing without an effective enforcement of the order. Arase, appointed last month to replace Suleiman Abba, who was sacked by President Goodluck Jonathan,  is not the first police boss to give such an order. Others before him gave the same order which was flagrantly flouted by officers and men of the force because chekpoints are like honeypot to the police.

Former Inspector-General of Police, Mohammed Abubakar, upon his appointment, banned roadblocks across the country and even established a  taskforce to monitor the activities of the police and enforce the order. Unfortunately, members of the taskforce could not do much as they were also part of the system.

With the same passion to end corruption and unethical practices within the law enforcement agency, Abubakar’s successor, Suleiman Abba, issued a directive to all Commands and Formations of the Force that roadblocks remained banned. Abba was compelled to issue the directive after checkpoints resurfaced immediately Abubakar left office.

Arase seems to be burdened by the challenges of loss of public respect and confidence in the police as well as their inability to effectively tackle crimes in the most ethical and professional manner. Arase knows that corruption has eaten deep into the system. Nigerians also know that it would be a difficult task to stop the police from mounting checkpoints, which have become a means for self-enrichment among officers and men of the force. Checkpoints have become so lucrative that there were over 3,000 of them all over the country in 2012. The highest numbers were in the southeastern part of the country where within every 50 metres, a checkpoint is mounted, causing severe hardship for motorists and travellers who spend hours in avoidable traffic jams caused by the checkpoints.

Many officers now prefer and lobby to be posted to checkpoints rather than trouble spots. It is very common to find  each checkpoints mounted by at least five policemen on the various expressways with one checkpoint overlooking the other with policemen busy swindling road users. This is sheer waste of manpower.

With Arase’s new order, any policeman caught mounting checkpoints or roadblocks is to be sanctioned, while Commissioners of Police, Area Commanders and Divisional Police Officers in whose jurisdiction illegal roadblocks are mounted would be personally held liable with strict disciplinary actions taken against them.

However, to make this possible, Arase must be seen to lead the battle from the front. He must stamp his authority, come up with ideas that are implementable and ensure a 100 percent enforcement of the order. Above all, he must bring back the dignity of the Nigeria Police Force. Policing or crime fighting and detection should not start and end with mounting of checkpoints. The police should  regularly patrol the highways which have become the playground for armed robbers if they really want to do their job.