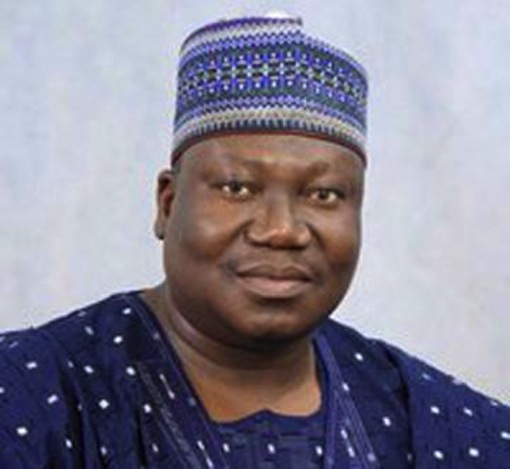 The Senator representing Yobe North Constituency, Senator Ahmad Lawan of the All Progressives Congress (APC), has stated that he will bring incorruptibility and transparency if elected as the Senate President of the 8th National Assembly.

Lawan said his 16 years’ experience in both the Green and Red Chambers of the National Assembly would aid him to provide the needed leadership. “I have what it takes to be the Senate President,” he said, adding that, “As someone who has spent the last 16 years in the National Assembly – working in the House of Representatives as a member, having being a senator for the last eight years and having chaired the Public Accounts Committee for the last eight years – I think I know a lot about our economic situation and what we need to do to turn around our economy.”

He noted that he will bring modern techniques to governance in Nigeria. “I want to provide 21st Century leadership for the Senate. A leadership that will work with all the segments of senators in the chamber. A leadership that will ensure that we have bipartisan approach to our issues and make sure we work with the executive arm of government in a manner that protects our independence and makes good governance possible,” Lawan stated this at a media parley with political editors.

He promised to ensure that, if elected, he believes he would bring his record of incorruptibility and credibility to the office of the Senate President.
“I believe Nigeria needs incorruptible administration,” he said.

“The president-elect, Muhammadu Buhari, was elected on the basis of three major issues. First is his clear stance against corruption. Secondly, to fight insurgency. And thirdly, to address the economy that has become comatose. I believe that I can complement the anti-corruption fight of the President-elect.”

Lawan added that his experience in public accounting and finance would be of immense advantage to the nation as it strives to diversify the economy, plug leakages and stop the embezzlement of public funds.

“In the last 16 years, I have worked with three Speakers in the House of Representatives and the current Senate President. I have closely watched these presiding officers conduct the affairs in the two chambers. That is invaluable experience. I have worked very well across party lines in both houses. I am a team player and can work with others across the aisle. We need to build and sustain consensus between the different political parties.”

He said the Nigerian budget must work for Nigerians, indicating that spendings must be pro-poor. “The Senate that I will lead must take the lead to balance the budget. Even if it will be in phases, we must move away from the current situation where we have an overwhelming expenditure on recurrent to something more pro-poor, pro-people.”

The Senator from Yobe, who has secured the endorsement of two caucuses in the Senate, the North East and South West caucuses, promised to run a fair campaign. He said the issue of zoning was for the party to deal with, assuring Nigerians that whomever emerges as the Senate President from the APC would be worthy of the title.