Your guide to preventing asthma 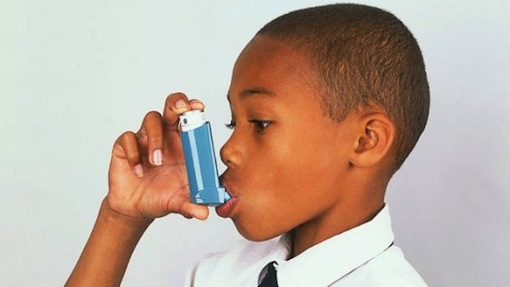 According to them, the symptoms of the disease include inflammation of the air passages which result in a temporary narrowing of the airway that carries oxygen to the lungs.

They also cite coughing, wheezing, shortness of breath and chest tightness, among others, as some of the symptoms of asthma.

They observe that asthma can result in decreased activity and inability to talk while most of the symptoms manifest frequently in the night and early morning.

They assert that asthma affects the psychological, physical and social well-being of affected persons.

Considering the rate of its spread and fatality rate therefore, stakeholders opine that asthma imposes a high disease burden on individuals, the healthcare system and society.

The director, who is also the President of the Nigerian Thoracic Society, described asthma as chronic inflammatory disorder of airway with a global prevalence ranging from one to 18 per cent.

He said that asthma accounted for one out of every 250 deaths recorded worldwide, stressing that the number of deaths arising from asthma disease were similar to killer diseases such as diabetes and liver cirrhosis.

This notwithstanding, medical experts insist that with proper treatment, bronchial asthma patients can live a normal and active life.

But concerned citizens have been asking what the risk factors of bronchial asthma are.

In view of this, a recent research by the University of Bergen in Norway shows that men who smoke increase the risk of their children being asthmatic even if they give up long before conception.

The study also reveals that the earlier a man takes up smoking, the higher the risk that his offspring would suffer from non-allergic asthma.

Cecilie Svanes, the leader of the study group, said during the presentation of the research at a congress in Munich, Germany, that the smoking habits of more than 13,000 men and women were examined during the study.

She observed that sperm cells were particularly susceptible to the influence of harmful habits such as smoking in a certain stage of development.

Svanes said those who started smoking later could be causing harm to their future children, especially if they smoked over a long period.

“If a man smokes for more than 10 years before conception, the risk of his children having asthma increases by 50 per cent.

“We can also presume that exposure to any type of air pollution, from occupational exposures to chemical exposures could also have an effect,” she said.

Svanes said the study found no link between the mothers’ smoking prior to conception and a child’s asthma.

She observed further that the group’s findings showed that only tobacco consumption during pregnancy could affect the unborn child.

In his view, Dr Ikechi Chijioke, a physician based in Onitsha, observed that the furs of domestic animals such as dogs and cats can trigger asthma attack and other acute respiratory diseases in humans.

He stressed that animals could transmit viral infections through their faeces or through direct body contact if not handled with care.

He noted that although pets provided love, comfort and companionship to family members, they could also be carriers of diseases.

He advised asthmatic patients to always keep their environment clean, vaccinate their pets and keep them healthy to avoid the risk of infection.

Chijioke, nonetheless, observed that domestic pets such as dogs and cats could be less harmful in transmitting disease if they are regularly checked by specialists.

“Although the spread of diseases from animals to man is rare, pets do sometimes carry germs that can make people sick and such diseases are known as zoonotic diseases.

“It is hard to know which animals could be carrying which disease, especially since pets carrying them are often looking healthy and normal,” Chijioke noted.

He, therefore, urged families, who keep domestic animals to maintain a high level of hygiene, feed them with good food and take them to veterinary clinic regularly.

By and large, observers note that, bronchial asthma, which awareness day is celebrated every first Tuesday of May, is a common condition that affects all levels of society.

They insist that the focus of the awareness which is to encourage care and support for those affected by asthma should be extended to their family, friends and caregivers.