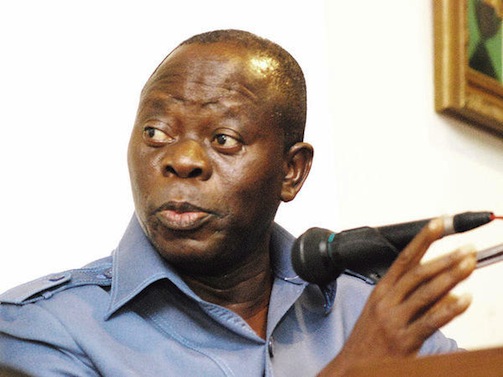 Civil Servants in Edo State have issued a three-day warning strike to the State government over an alleged deduction of eight percent contributory pension fund from their May salaries.

The warning strike which is to commence from next Monday, was contained in a communique issued at the end of an enlarged meeting of the executive of the Edo State Joint Public Service Negotiating Council of the workers’ unions.

They argued that the deduction was contrary to the state contributory pension scheme law,2010.

The communique signed by Shaka Otoede and Igho Morrison, Chairman and Secretary of the body respectively, said the State government should be held responsible for any action the Council deems fit to take against it on its refusal to comply with its advice.

The Council condemned government’s impunity and manner the deduction was made without recourse to its appeal and advice to stay action on the matter until the proper framework for implementation was put in place.

“The Council in session observed that the Edo State Government still went ahead to deduct from its employees’ May 2015 salaries, pension contributions of 8 percent which is contrary to the Edo State Contributory Pension Scheme Law 2010.

“However, Council noted with disaffection government unwillingness to discuss the issue, hence it resolved to commence a three days warning strike with effect from Monday 25, 2015,” the communique said.

The communique accused the state government of contravening the state contributory pension scheme law of 2010 by remitting funds deducted from workers to a private account outside the Statutory Retirement Savings Account (RSA), adding that the action was not acceptable to the state workforce.