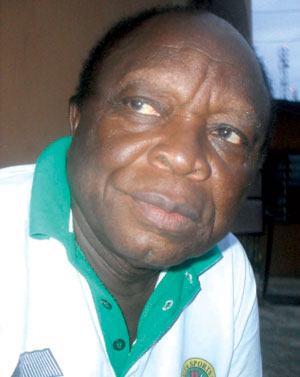 Veteran actor and producer, Femi Robinson popularly known as the Village Headmaster, for the role he played in the television sitcom on the Nigerian Television Authority (NTA) is dead.

Robinson reportedly died early Wednesday at the age of 75.

His demise was announced by his two sons, Seun and Wole Robinson, on his Facebook page.

The message reads: “This is to notify you that we lost our father, Femi Robinson this morning – Seun & Wole Robinson (sons).”

The cause of his death was yet to be ascertained as at the time of filing this report, but it was gathered that he probably died due to old age-related issues.

The late Robinson studied Botany at the then University of Ife (now Obafemi Awolowo University) in the 60s.

He veered into acting and started off by playing the role of Odewale in Ola Rotimi’s The Gods Are Not To Blame.

The veteran actor was one of the active artistes in the popular television drama, Village Headmaster.

He was the ‘Village Headmaster’ before the role was taken over by the late Justus Esiri. Later, he was running a programme, Air Flight on the Nigerian Television Authority (NTA).

The thespian was also a public relations expert and a business and theatre administrator.

He was also the pioneer Director of Programmes of the Ogun State Television (OGTV).

Later he went into politics and was briefly the Lagos State Publicity Secretary of the Peoples Democratic Party (PDP).  He later defected to then Action Congress of Nigeria (ACN) .

Prolific film producer, Tunji Bamisigbin described his death as a loss to the entertainment industry in particular and Nigeria as a whole.

“This is another sad news but who are we to question God? He was one of the few remaining committed personalities we have in the film industry. May his soul rest in perfect peace,” he said. His death has increased the number of the cast and crew of the Village Headmaster who have died, joining others like Oba Funsho Adeolu, Chief Segun Olusola and Justus Esiri.