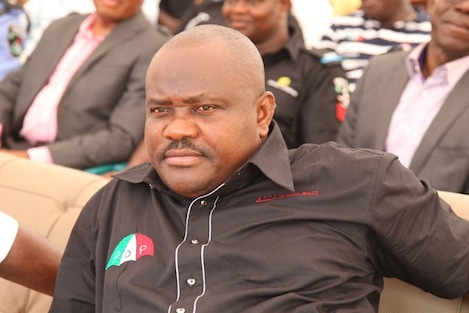 Because we have not sufficiently punished political criminals in Nigeria for 16 years now, the hearts of our politicians have been schemed to continue to do wrong, believing that they are above the law and that nothing will happen to them. Impunity and political corruption have choked Nigeria’s development in the last 16 years and I make bold to say that time has come for us to sit up.

In actions and deeds, we seemed to have democratized political corruption and consequently corrupted our democracy to the extent that our political leaders commit heinous crimes without caring a hoot. Now the incoming President Buhari must put his feet down and defeat and crush this license and blank cheque to commit crime.

We put our feet, hands, energy, power, strength behind Buhari to emerge so that poor Nigerians can have a breathing space. We encouraged and pushed Buhari to the centre stage to rid Nigeria of bad behaviour and political irresponsibility.

I therefore, hereby present 11 reasons why Nyesom Wike should not taste the exalted position of the Governor of Rivers State even for one day:

•No elections took place in Rivers State.
•Wike was the principal character whose inordinate ambition to be governor at all costs brought agony, tears and pains in Rivers State.
•Wike connived with the First Lady Mrs. Patience Jonathan to cause a breach of peace in Rivers State.
•Wike worked in tandem with the First lady, the police, army and other security agencies to maim and kill many people in Rivers State
•Wike boasted that Patience Jonathan is his Jesus Christ and God and hiding under state protection, Wike took laws into his hands with reckless abandon.
•Wike’s hands are soaked with innocent blood of young and bread winners he shed because he wants to be governor at all costs.
•Wike had the temerity and audacity to throw his weight around, taking laws into his hands, committing all kinds of atrocities believing that today will never come but here we are today, Wike never believed that President Jonathan will lose this election and this heightened his capacity to commit all kinds of atrocities and political irresponsibility.
•Wike used his position as Minister of Education and his closeness to the President and his wife to do the unthinkable in Rivers State, mismanaging public funds meant for the nation’s educational sector, and using it to raise thugs and criminal gangs for 2015 elections.
•The Independent Electoral Commission in Rivers State awarded Wike votes almost five times higher than actual and authentic total number of voters accredited with Card Readers and PVCs.
•Wike used his position as a Federal Minister to deploy Security personnel to destabilise Governor Ameachi’s government in Rivers State for nearly two years, limiting the capacity of the governor to carry out his constitutional duties in a democracy. Rivers State tragedy presents the first litmus test for the President-elect and those who elected him believe that he has what it takes to stop •Wike given his track record as a no nonsense man. An administrator can be appointed to oversee the affairs of governance in Rivers State until a governor is duly elected in the shortest possible time. A President Buhari must be firm, decisive and if possible ruthless in dealing with impunity and corruption and Wike should be used to set example for others.