Tension in Rivers over council polls 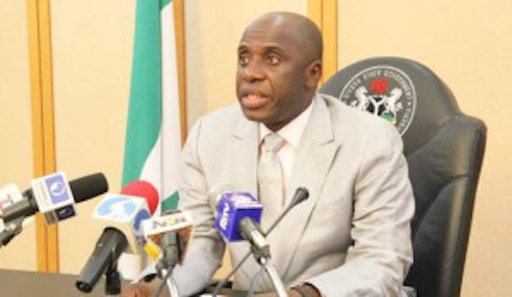 Tension has enveloped Rivers State over the plan by the Rivers State Independent Electoral Commission, RSIEC, to go ahead to conduct local government election in the state on Saturday.

There are fears that the election may be disrupted and engender chaos since the Peoples Democratic Party, PDP, has gone to court to challenge the legality in conducting the council polls.

The heightened tension in Port Harcourt, the Rivers State capital, in southern Nigeria, may not be unconnected with the fact that the state had one of the highest number of politically motivated killings during the just concluded general elections in the country.

As the back and forth argument continued the Independent National Electoral Commission (INEC) in Rivers State has denied releasing voters’ register to RSIEC for the conduct of the election.

RSIEC had earlier told journalists that it had received INEC’s official voters’ register for the conduct of the election.

INEC in a statement signed by its secretary, Roy Obijiri, said it did not give the register to RSIEC.

He said the delay in releasing the register was due to impending court processes over the matter in a federal high court in Port Harcourt.

The statement by INEC also said the court adjourned the matter and admonished all parties to maintain the status quo pending the determination of the appeal and the substantive suit.

PDP is boycotting the election and on Thursday insisted that RSIEC is relying on membership register in place of INEC register to conduct “an illegal election that would end in nullity”.

Berating RSIEC for compromising its responsibility and descending so low to promote illegality in the state having been gratified by Governor Chibuike Amaechi, the State PDP Chairman, Felix Obuah through a statement signed by his Special Adviser on Media, Jerry Needam, described RSIEC’s collaboration as tragic and most regrettable.

Obuah said the action by the state electoral body amounts to wishing to right an illegality with criminality simply to justify the huge money paid to them by the outgoing Governor Amaechi.

The State PDP chairman while dismissing the plot as an effort in futility, lauded the courage of the other 13 political parties in the state for shunning Amaechi’s inducements and withdrawing from the purported council election.

He reassured the affected parties of the supremacy of the rule of law which must be vigorously pursued by the PDP-led government to ensure that every political party is given equal opportunity and fairness to participate in any political contest.

APC in Rivers has in the meantime raised an alarm, accusing PDP of importing mercenaries into the state to disrupt the Council polls.

The PDP Counsel, Aguma, said it has written to the Police, Department of State Security Service, DSS, and other security agencies that there is a court order preventing RSIEC from conducting election and that status quo should be maintained. And therefore any attempt to conduct tomorrow’s election is illegal.

Aguma wondered how RSIEC can conduct the election without a vital INEC register recognised by law. “With due respect, those canvassing to contest are merely wasting their time and resources,” he said.

Meanwhile, on Thursday the State Police Command said it is ready to provide security for the election.

It is however not clear if the command will restrict movement during the election. No announcement to that effect has been made at the time of this report.