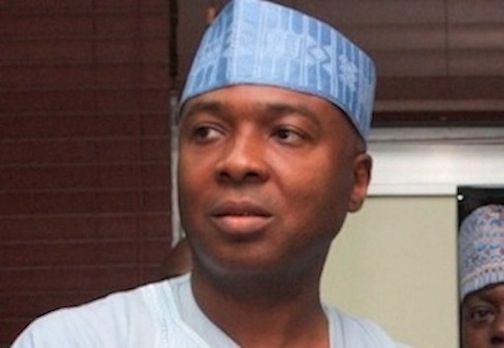 The ongoing bid for the Presidency of the Senate on Saturday took a different turn as All Progressives Congress senators-elect, rising from a retreat, broke into factions to endorse different candidates.

Briefing newsmen, Dino Melaye, said that he and 34 others senators-elect of “like minds” had signed the endorsement of Sen. Saraki as their candidate for the Senate Presidency.

He said that the senators of like minds were interested in having a Senate President who had integrity, competence and ability to stabilise the legislative institution.

“Of the 59 Senators of the APC, 35 of us present here today hereby reaffirm our collective commitment and resolution to ensure the candidature of Saraki as the Senate President of 8th Assembly.

“We have also resolved that the office of the Deputy Senate President be zoned to the North-East.

“All senators from the North-Central zone have taken a firm position that they are only interested in the office of the Senate President.

“This is because the position had earlier been zoned to the North-Central by the National Working Committee (NWC) of the party.

“North-central senators have resolved to abide by the resolution of the zone on a single candidate and anything short of this is an attempt to jeopardise the collective interest of the zone,” he said.

He said that the group had yet to decide on who would be the consensus candidate for the position of the Deputy Senate President.

Meanwhile, earlier in the day, the Sen. Gemade led group; “Senate Unity Forum” said that they had endorsed Sen. Ahmed Lawan for the Presidency of the Senate and Sen. George Akume as his Deputy.

“We the Senate Unity Forum comprising senators-elect from various states have met, held extensive discussions and resolved to support Lawan as Senate President.

“Kindly take this to be our collective decision in the best interest of our party, APC and our dear nation Nigeria,” he said.

The resolution was signed by Sen. Gemade as the spokesperson as well as Lawan and Akume.

However, the number of senators-elect in the Senate Unity Forum, who supported Lawan was not disclosed to the newsmen.

NAN recalls that Sen. Akume in a briefing on Friday insisted that he was still in the race for the presidency of the senate.