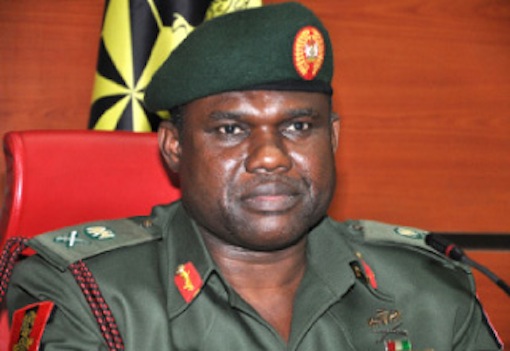 A Nasarawa State High Court sitting in Mararaba, has restrained the Nigerian Army from harassing and preventing the Abuja Electricity Distribution Company Plc., from carrying out its duty.

The court gave the order following a motion ex parte by Mr Abel Yarigo, a staff of the company and 11 others members of staff.

The plaintiffs joined Lt.-Col. C.A. Akaliro, Chief of Army Staff, Commander, Brigade of Guards, Attorney General of the Federal and the Nigerian Army Council as co-defendants.

Yarigo, who is the second applicant, in a motion alleged that personnel from the 177 Guards Battalion, Keffi, on May 20, raided the company’s office at Keffi and assaulted them.

He said the soldiers, armed with assault rifles, ordered the men among them to kneel down, while the women were asked to sit on the floor and beaten “mercilessly”.

“Guns in hand, the soldiers went round the office building, shouting, barking out orders, boot kicking and banging the doors in search of the Area Office Manager,” Yarigo further alleged.

He said the soldiers’ action followed disconnection of their barracks by the company on May 19 for failure to pay electricity bill of N604.7 million they owed the company.

Reacting to the court order, the Acting Director, Army Public Relations, Col. Sani Usman, said they were aware of the incident.

Usman said that efforts were being made to resolve the matter out of court.

“In as much as I do not want to make comment on a matter before a court of competent jurisdiction, we are aware and making effort to resolve it,” Usman said.