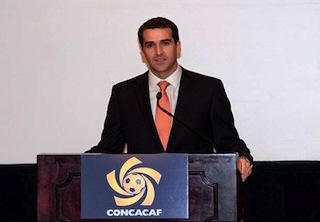 They are being detained pending possible extradition to the United States on corruption charges. In all, US authorities said nine officials and five sports media and promotions executives were charged in cases involving more than $150 million in bribes over a period of 24 years.

They said their investigation exposed complex money laundering schemes, millions of dollars in untaxed incomes and tens of millions in offshore accounts held by FIFA officials.

The Congolese suspensions were “based on the fact that various breaches of the FIFA Code of Ethics appear to have been committed by said official,” the committee said.

Mayolas, FECAFOOT’s vice-president, and Wantete, general secretary, were suspended for 90 days pending further investigation, renewable for another 45 days. In another development, English Football Association board member Heather Rabbatts said she was withdrawing from FIFA’s task force against racism and discrimination with immediate effect.

“Like many in the game, I find it unacceptable that so little has been done to reform FIFA,” said Rabbatts in a statement. “It is clear from the re-election of president Blatter that the challenges facing FIFA and the ongoing damage to the reputation of football’s world governing body are bound to continue to overshadow and undermine the credibility of any work in the anti-racism arena and beyond.”