I’m Into Acting Not For Fame — Moyo Lawal 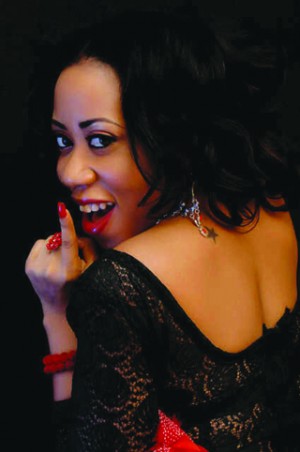 Nollywood actress Moyo Lawal has said that her reason for being in the movie industry is not because of fame but for her deep love for the art.

In a chat recently, the actress said she chose to live a low profile life while she quietly makes impact in her chosen career than being seen everywhere without good content to point at.

“I keep low profile, simply because I wanted to. I’m not doing acting because of the fame, but doing acting as career and as profession; just because I enjoy it and I can’t do without it,” she said

With a career spanning over a decade, Moyo, a graduate of Creative Arts from the University Lagos, has starred in scores of movies and series including Tinsel, Edge of Paradise, Binta & Friends, Superstory and Eldorado.

She paid a visit to Modupe Cole School For Down Syndrome Children on Children’s Day, 27 May where she donated items to the kids.

She was accompanied by the Founder of Act Of Charity Foundation, Tina Oruthe.

The event was supported by Pepsi who made available goody bags and gift items for the kids.