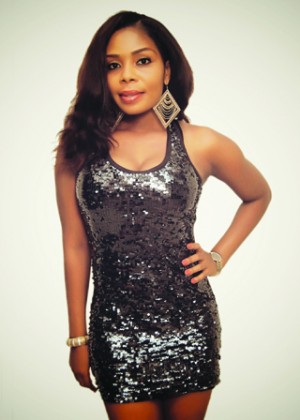 Upcoming hip hop female act, Clementina Azuideh better known by her stage name as Tina Newman, has disclosed that she would like to work with rap music star Phyno in her oncoming single.

The Enugu State-born Tina made the disclosure to P.M.NEWS Entertainment Café during her unveiling event held recently at Club Vegas. Tina said she used to be a gospel musician but has crossed over to hip hop to prove her versatility.

“I got my name Tina Newman from my name Clementina. My Dad used to run a studio in Enugu, Newman Studios. It was a very popular studio so I decided to adopt the name to keep the legacy going,” she revealed.

The singer added that she already has an album that contains all the genres: from highlife to reggae, dancehall except Fuji. But she is well known for her funky gospel music track Ikaraka, Carry Go and Sugarbaby which enjoyed massive airplay on several radio stations and TV stations three years ago.

Tina, the fifth of nine kids and a graduate of History and Strategic Studies from the University of Lagos, disclosed further that since she came down to Lagos from Enugu to complete her education and pursue her career in music, she has focused more on making it bigger as a career.