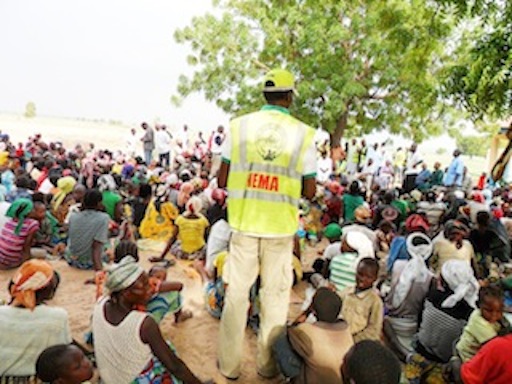 This was contained in a statement signed by Mr Sani Datti, Senior Information Officer, NEMA, and made available to NAN on Sunday, in Abuja.

It stated that Mr Muhammad Sani-Sidi, the Director-General, NEMA, while presenting the items appealed to the warring communities to stop the incessant destructions of lives and properties.

The statement said the DG, who was represented by Mr Eugene Ezeh, Director, Relief and Rehabilitation of the agency, further urged the commuters to embrace peace for national development.

It noted that the items delivered were based on recommendation of a joint assessment conducted by NEMA and Akwa Ibom State Government.

The statement quoted Sani-Sidi as urging the State Government to ensure that the items get to the victims and that they make judicious use of them.

The director-general called on the State government to ensure that the State Emergency management Agency was strengthened and given the necessary support to reinforce disaster management in the state.

The statement also stated that Mr Obong Ekpo, Deputy Governor of the state, who received the items on behalf of the state governor, thanked the FG for approving the distribution of the relief items.

He said that the communal crises have brought untold losses and tears to the villages and communities in the Local Government Area of the state since 1956, saying that the state would no longer tolerate acts of lawlessness.

According to him, henceforth, land in disputes in the state would automatically become the state government’s property and would be used for developmental purposes.

The items distributed to the victims included food and non food items.