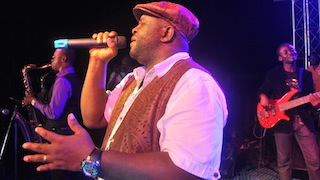 P.M.NEWS Entertainment Cafe learnt that Buchi’s birthday celebration is taking a low-key this year because of the importance of the message in the song.

“Buchi has chosen to release the new single now instead of his traditional three years intervals between albums or new releases,” a statement from the artiste’s PR camp stated.

It added: “This song is not likely to make you dance. It’s not intended to. This is a song to the church, for everyone who has things to do for God, the time is now! It’s the clarion call of watchmen: Like the “Children of Issachar, Men who had understanding of the times; Who knew what Israel ought to do” (1 Chronicles 12:32). So rise up while it’s still legal to talk about Jesus publicly, before the doors are shut completely.”