Dangote to spend $250m on rice, sugarcane production in Jigawa 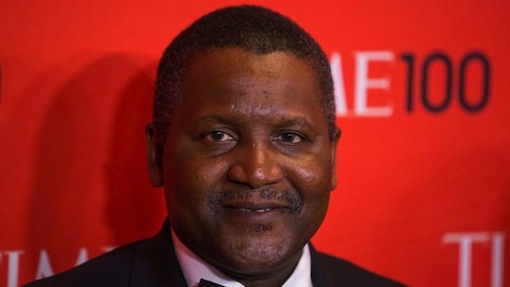 Alhaji Aliko Dangote, the Chairman, Dangote Group of Companies, is to spend 250 million dollars on the production of rice and sugarcane around the Hadejia River Basin of Jigawa.

Gov. Muhammad Badaru of Jigawa said this when he received the Country Director of African Development Bank (AfDB) for Nigeria, Alhaji Usman Dore and his team who came to seek for partnership with the state in agricultural development in Dutse on Friday.

Badaru said the initiative by the Dangote Group was in line with his priority on Transformation of Agriculture.

He said “the cardinal principles of my administration is agricultural transformation for human development that will make them to be self sustained.”

He thanked the AfDB team for the visit and pledged to collaborate with the bank in the development of agriculture in the state.

Earlier, the Country Director of the bank for Nigeria said the team was in Jigawa to know the priorities of the governor and to seek for partnership with him in his areas of interests.

Dore said that the bank would spend N2 billion in farming activities in Hadejia River basin, while N43 million would be needed from Jigawa government for the project.

He explained that the money would be used to construct canals, road networks, building of markets, primary schools, training of agricultural extension workers, community health personals, provision of improved seeds, among others.

The country director said AfDB was in partnership with the Hadejia/Komadugu agricultural development initiative which comprises six states of Borno, Yobe, Jigawa, Kano, Bauchi and Plateau.