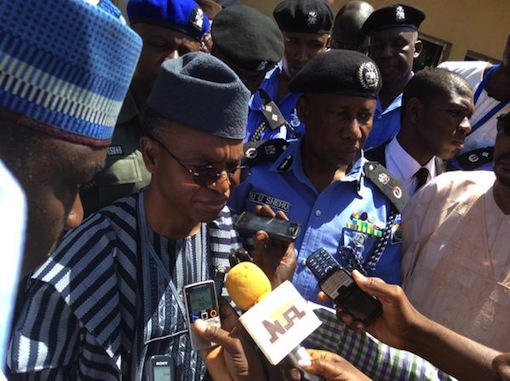 Governor Nasir El-Rufai of Kaduna state has visited the scene of a bomb blast in Zaria today.

The governor has since proceeded to the hospital to visit the injured. The number of injured victims is yet to be ascertained as at the time of filing this report.