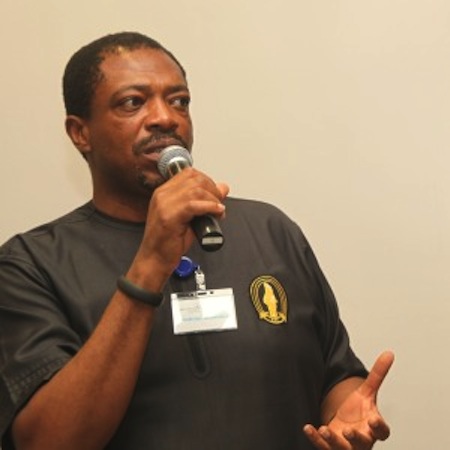 Managing Director of Flykite Productions and promoter of GOtv Boxing Night, Jenkins Alumona, is not losing sleep that the boxing championship has not added more sponsors to its stable since its first edition last December.

The GOtv Boxing Night debuted at the Indoor Sports Hall of the National Stadium, Surulere, Lagos December 2014 and had its second edition staged March this year with the third edition coming up later this month.

Alumona said that though potential sponsors have not identified with the championship, he believes that with consistency in staging the boxing night as currently planned, sponsors would soon come on board.

“Most have adopted the wait and see approach. I believe once we are consistent and we are able to attract the desired crowd to the fights, things are bound to change for the better,’’ he said.

He was happy that as Nigerians have continued to show enthusiasm about the show, which had been parading quality pugilists since the first edition and more importantly with boxers coming from neighbouring African country, Ghana, it won’t be long before the competition becomes a household name in Nigerian professional boxing scene.

On the plans for the third edition, Alumona said the show will be bigger this time with effort being geared towards preventing some hiccups that nearly marred the second edition which was held in March this year.

“We won’t have problem of power outage as we have purchased three 150kva generating sets to be on standby so that we won’t depend on the supply from the stadium management,” he said.

P.M.NEWS Sports gathered that this month’s GOtv Boxing Night will also feature pugilists from Ghana and for the first time a female professional bout will be on the card.