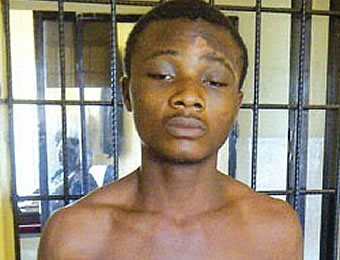 The convict,who hails from Benue state was a former domestic staff with the senior magistrate before he came back after he had been sacked to hack the 65 year-old woman to death.

The incident occurred at the woman’s residence in Laderin Estate,Abeokuta on March 28,2014.

Idah, who was represented during the trial by Barr. Felix Dalley.

His arrest came through the help of the state vigilante group,Vigilante Service of Ogun state,who were operating within the estate.

The convict was arraigned on April 4, 2014 in Abeokuta Chief Magistrates’ Court, on a one-count charge of unlawful killing.