Nigeria is the most important country in Africa, says US Official 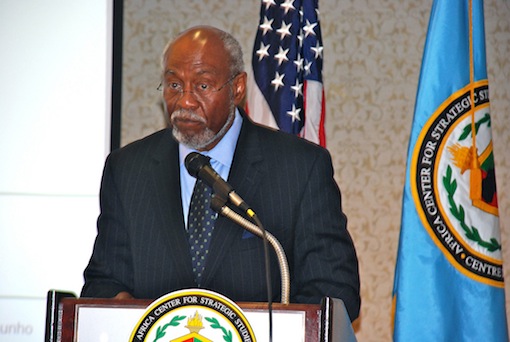 Johnnie Carson: an adviser to the United States Institute of Peace

Ahead of President Muhammadu Buhari’s visit to the United States, a former assistant secretary of state, Johnnie Carson, has stated that the discussion between Nigeria and United States should not be restricted to insecurity alone because Nigeria is the most important country in Africa and must be treated as such.

“Nigeria is the most important country in Africa,” Carson who is currently an adviser to the United States Institute of Peace said.

Now more than ever, “the relationship with Nigeria should not rest essentially on a security and military-to-military relationship,” he added in an interview with Reuters.

But noted that over the years the ties between US and Nigeria strained because Nigerian government refused to investigate corruption allegations in the country. “The question is would there be an opportunity to deepen our engagement and that opportunity is now,” he said of Buhari’s three-day visit to Washington.