Halliburton Bribery: The Timeline of a Scandal 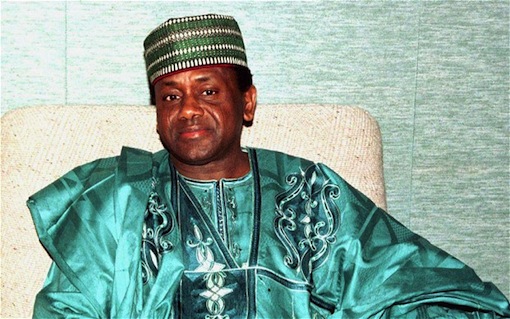 “A mediocre with adequate information is at a better advantage compared to a genius without information.”
– Anonymous

President Mohammadu Buhari, in a refreshing and confidence building move, has ordered the reopening of the files relating to the Halliburton scandal as it involves a number of Nigerian leaders. In the course of doing a research on an article related to this subject I came across the information below which provides the chronological history of a scandal that tainted Nigeria and Nigerians to no end. This information below, I assume, is already in the hands of those tasked by the President to investigate this matter. In case it is not, I believe they would find this handy.

As we all struggle towards an open society, where the threats of assassination is removed, where the monster of corruption is effectively tamed, where honesty and integrity are the bulwark of public service, where merit is adequately rewarded, where governance is geared towards the interest of the people, it is my belief that there is nothing wrong if one refreshes the memories of Nigerians who have been duped by those entrusted with power in our commonwealth. Hence I have decided to publish this information verbatim. Happy reading:

September 1994: M.W. Kellogg and three other companies form a partnership known as TSKJ, incorporated in Medeira, Portugal. Each partner owns a 25 per cent equal share. Kellogg’s three other partners are Technip of France, Italy’s Snamprogetti, and Japan Gasoline Corp. The partnership submits a bid to Nigeria LNG to build a natural gas plant in Nigeria. Nigeria LNG is owned by the Nigerian government and Royal Dutch/Shell Group. TSKJ’s $2 billion bid is not immediately accepted even though it was 5 percent lower than a bid submitted by competitor, Bechtel Group, Inc.

November 1994: As TSKJ awaits Nigeria’s decision on the bid, Wojciech Chodan, an executive at Kellogg and later a consultant for Kellogg Brown & Root, meets with London lawyer Jefferey Tesler, who is known for his contacts and friendly relations with the Nigerian government, including its dictator Gen. Sani Abacha. During the meeting, they discussed channeling $40 million to Gen. Abacha through Mr. Tesler’s firm Tri-Star, based in Gibralter, Spain.

March 1995: TSKJ formally hires Mr. Tesler as agent; TSKJ’s bid has still not been accepted by Nigeria LNG. Mr. Tesler’s employment contract http://cdncache-a.akamaihd.net/items/it/img/arrow-10×10.png is signed by an M.W. Kellogg executive on behalf of the TSKJ partnership. Mr. Tesler had been working on behalf of TSKJ prior to March 1995 and the employment contract was given to Mr. Tesler as a reward for his prodding of Nigerian officials. The employment contract provided that Mr. Tesler would be paid $60 million if Nigeria awarded the construction contract to TSKJ. Mr. Tesler’s Tri-Star was contracted to receive at least $160 million in five agreements signed between 1995 and 2002, and the funds were directed to bankhttp://cdncache-a.akamaihd.net/items/it/img/arrow-10×10.png accounts in Switzerland and Monaco.

March 20, 1995: Dan Etete replaces Nigeria’s former oil minister, who has a falling out with the dicatator, Gen. Abacha. “In an interrogation of Mr. Tesler, a French magistrate described the London lawyer’s transfer of $2.5 million into Swiss bank accounts held by Mr. Etete under a false name between 1996 and 1998. Mr. Tesler confirmed making the payments but told the magistrate that the money was for an investment in offshore oil exploration leases in Nigeria and that he wasn’t aware the accounts belonged to Mr. Etete, according to people familiar with the interrogation.” (Wall Street Journal, Sept. 29, 2004.)

June 1995: Albert Jack Stanley is promoted to president and chief operating officer of M.W. Kellogg after serving as executive vice president since 1991 and various positions since 1975.

August 1995: Dick Cheney is hired as CEO of Halliburton, three years before he directs the merger of Halliburton with Dresser Industries and M.W. Kellogg. He serves as CEO until August of 2000.

February 1998: Halliburton and M.W. Kellogg’s parent, Dresser Industries, agree to a $7.7 billion merger directed by Dick Cheney. M.W. Kellogg is merged with Halliburton’s Brown & Root subsidiary to form Kellogg, Brown & Root. Albert Jack Stanley is named as chairman of the new subsidiary.
The Independent (UK) reported that “Mr Stanley had been appointed to his senior role at Halliburton by Mr Cheney when he was chief executive between 1995 and 2000.” (The Independent, Oct. 3, 2004
The Wall Street Journal confirmed that Cheney “named Mr. Stanley � to a top post at the company in 1998.” (Wall Street Journal, Sept. 29, 2004.) Cheney told the Middle East Economic Digest in 1999 that, “We took Jack Stanley � to head up the organization and that has helped tremendously.” (Middle East Economic Digest, April 9, 1999.)

1999: The TSKJ partners, with Kellogg Brown & Root acting as the lead partner, agree to reappoint Mr. Tesler as its agent during a meeting in London. Kellogg wanted Mr. Tesler, with whom it had a long-term relationship, to attend. But the representative from the French partner, Technip, wanted a different agent and insisted that Mr. Tesler be excluded from the meeting. William Chaudan, the Kellogg representative at TSKJ, said Mr. Tesler had been selected on Kellogg’s recommendation and over Technip’s “strong opposition.” (Financial Times, London, Sept. 16, 2004.) Halliburton officials in Houston deny that Kellogg Brown & Root demanded Mr. Tesler’s participation. Three new contracts with Mr. Tesler required TSKJ to pay his firm, Tri-Star, $32.5 million for his services in Nigeria. Richard Northmore, a sales manager for M.W. Kellogg in England, signed contracts with Mr. Tesler for TSKJ. Syed Nasser, M.W. Kellogg’s legal director, acted as counsel to the TSKJ consortium, approving Mr Tesler’s role. Bhaskar Patel, a sales and marketing vice-president who works in Kellogg, Brown & Root’s office in England, also worked with Mr. Tesler.

March 1999: Halliburton announces the Nigerian government awarded a $1.2 billion contract to TSKJ to expand the construction of the natural gas plant from two trains to three trains in order to increase the plant’s capacity by 50 percent. At the time, Stanley declared the contract award exemplifies Kellogg’s “project execution skills.” (Halliburton press release, March 11, 1999.)

October 2003: French magistrate initiates investigation of suspicious payments made by TSKJ after a former executive with one of TSKJ’s partners, Technip of France, said Mr. Tesler is “directly linked to corruption in Nigeria.” (Financial Times, London, Sept. 16, 2004.)

Halliburton admitted that TSKJ paid $132 million in “advisory fees” to Mr. Tesler and that under Tesler’s contract with the company the money was not to be used for bribery. But the French investigator said the payments to Mr. Tesler “appear completely unjustified.” (Wall Street Journal, Sept. 29, 2004.)

The money was paid to Mr. Tesler between 1995 and 2002, more than half of which came after 1999. Under French law, Mr. Cheney could be subject to a charge of “abuse of corporate assets” even if he knew nothing about the alleged improper payments during his tenure as Halliburton’s chief executive. The U.S. antibribery law applies only to executives who are aware of illicit payments to foreign officials. (Dallas Morning News, Sept. 8, 2004.)

The Wall Street Journal reported that French authorities don’t have jurisdiction over Halliburton in this case but are sharing information with U.S. authorities. (Wall Street Journal, Sept. 29, 2004.) “A preliminary investigation by the Police Judiciaire of France found that LNG Servicos, a company indirectly owned by the four partners in the Nigerian joint venture, made four payments totaling at least $166 million at times that roughly coincide with the award of contracts. The payments went to a Gibraltar company owned by a London attorney to a Swiss bank account that was later closed at the request of the bank.” (Dallas Morning News, Jan. 25, 2004.)

December 2003: Albert Jack Stanley retires as chairman of Kellogg Brown & Root, but retains a position as consultant for Halliburton.

June 2004: Halliburton fires Albert Jack Stanley after investigators say he received $5 million in “improper” payments from Mr. Tesler. It also fires William Chaudan, the Kellogg representative at TSKJ. Halliburton spokesperson, Wendy Hall, said that during the years he ran KBR, Mr. Stanley reported to David Lesar, Halliburton’s president and chief operating officer at the time and CEO today. Mr. Lesar reported to Mr. Cheney when Cheney was chief executive. (Dallas Morning News, Sept. 8, 2004.) (Important Note: Lesar is an accountanthttp://cdncache-a.akamaihd.net/items/it/img/arrow-10×10.png and former Arthur Andersen partner, meaning he may have been in a position to know about the purpose of payments to Tesler when they occurred.) According to the Dallas Morning News, “Mr. Cheney ran Halliburton when one of four suspicious payments occurred.” (Dallas Morning News, Sept. 8, 2004.)

June 2004: It is reported that Tesler put $1 million into an account held by William Chaudan, the Kellogg representative at TSKJ. “The company has since learned that even larger sums may have gone into the accounts of Mr. Stanley and Mr. Chaudan.” (Dallas Morning News, Sept. 3, 2004.) Chaudan retired from M.W. Kellogg Co. in 1998, but had continued as a consultant. (Dallas Morning News, June 19, 2004.)

August 2004: Nigeria’s parliament votes unanimously to summon Halliburton CEO, David Lesar, to answer questions over its bribery investigation. It issues a report recommending that Halliburton and TSKJ be disqualified from bidding on future government projects. It denounces what it calls Halliburton’s “hide-and-seek games” to avoid questions from government investigators.

September 2004: TSKJ severs all ties to Mr. Tesler and his firm, Tri-Star.

September 2004: The Wall Street Journal reports on newly disclosed evidence by Halliburton, including notes written by M.W. Kellogg employees during the mid-1990s in which they discussed bribing Nigerian officials.

The Financial Times of London said the evidence “raises questions over what Mr Cheney knew – or should have known – about one of the largest contracts awarded to a Halliburton subsidiary.” (Financial Times, Sept. 16, 2004.) The written notes were discovered by Halliburton’s lawyer, James Doty, a lead partner in the Houston law firm Baker Botts. The “Baker” in Baker Botts is Bush family lawyer James Baker, the same lawyer credited with winning Florida for Bush Jr. over Gore. Baker also served as President George H. Bush’s Secretary of State. Doty was general counsel to the Securitieshttp://cdncache-a.akamaihd.net/items/it/img/arrow-10×10.png and Exchange Commission (SEC) under the senior President Bush. He was SEC general counsel when the SEC investigated Bush Jr. for insider trading. Doty recused himself from the case, which was eventually closed without action. Bush Jr. was never interviewed. Although Bush’s lawyers gave the “smoking gun” in that case to the SEC the day after it closed the investigation, Doty refused to reopen the case. (Washington Post, Nov. 1, 2002.)

September 2004: Nigeria’s President Olusegun Obasanjo officially bans Halliburton from bidding on future government contracts because it violated safety regulations for nuclear material. The president accuses the company of negligently causing the disappearance of two highly sensitive radioactive devices used to take measurements in oil wells. The ban is apparently not related to the ongoing bribery investigations.

October 2004: Revelations about Halliburton’s central role in the bribery investigation forces United Kingdom’s Export Credit Guarantee Department (ECGD) to consider withdrawinghttp://cdncache-a.akamaihd.net/items/it/img/arrow-10×10.png its support of a 133 million (British pounds) loan made last year to Kellogg. ECGD said it originally supported the loan on the basis that Halliburton was merely a “subcontractor to the [TSKJ] consortium and financial arrangements were not their responsibility,” but it was maintaining a “watching brief” on the French investigation. (The Independent, Oct. 3, 2004).

October 22, 2004: Investigators with Nigeria’s parliament complain that Halliburton is not being cooperative in their investigation of the alleged bribery. The investigators say Mr. Tesler paid bribes on behalf of TSKJ to Nigerian government officialshttp://cdncache-a.akamaihd.net/items/it/img/arrow-10×10.png. The bribes were paid in installments: $60 million in 1995, $37.5 million in 1999, $51 million in 2001 and $23 million in 2002.

June 20, 2005: The French newspaper LeFigaro reports that a U.S. Justice Department official held “lengthy” meetings with French authorities in Paris on the issue of TSKJ bribes. It said an unnamed U.S. source asserted that the bribery scandal is “probably the most significant file of corruption” known in Washington today.

Sept. 22, 2006: A former Halliburton employee says he has evidence proving the company has embarked on a campaign to cover-up all wrongdoing, including attempts to mislead federal investigators.

“In the long history of the world, only a few generations have been granted the role of defending freedom in its hour of maximum danger. I do not shrink from this responsibility – I welcome it.”