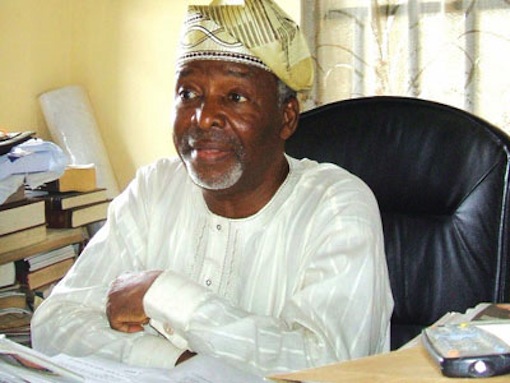 The Oodua Peoples Congress (OPC) on Sunday said that it might sue the Nigerian National Petroleum Corporation (NNPC) over failure to pay its N1.9 billion pipeline protection debt.

Founder of the OPC, Dr Frederick Fasehun, disclosed this while speaking with aviation correspondents on Sunday in Lagos.

According to him, the contract was awarded to the OPC to keep surveillance on the NNPC’s pipeline from Mosimi in Ogun to Oyo State to prevent acts of vandalism.

He debunked the claim that the contract was awarded to the OPC for political reasons by the immediate past government of President Goodluck Jonathan.

“We were not mobilised, but we went ahead to do the job because we felt concerned that the lifeline of the country was being threatened.While the contract was on, there was a change in government, but I believe government is continuum and any contract signed on behalf of one government should be honoured by its successor.”

According to him, the NNPC refused to renew the contract after its expiration on June 16 and has also failed to make the daily payment of N1, 500 to each of the 4,020 youths who executed the job.

Fasehun said that frantic efforts to get the NNPC to honour the agreement had yielded no result, adding that the OPC might drag the corporation to court for breach of contract.

“If we adopt the peaceful method we have been adopting for over a month and the government or NNPC refuses to comply with its own contract, of course, the only other arbiter is the court. It is in our favour to go to court because we can then ask for many other things like damages, special damages and interest the money could have generated during the period,” he said.

According to him, the NNPC was losing N7 billion daily to pipeline vandalism in the South-West prior to the award of the contract despite efforts by law enforcement agencies.

“We saved billions for the NNPC and it is only fair that these youths, who went into the forest for three months to protect the pipelines, should be paid their money,” Fasehun said.

He also advised the government of President Muhammadu Buhari to tackle the problem of unemployment in the country, stressing that this was one of the reasons he founded the OPC.