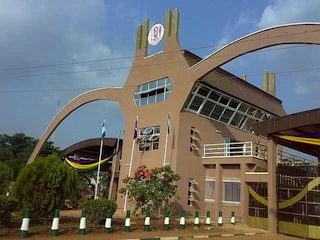 The University of Benin has disassociated itself from the protest by students of the institution along the Benin-Lagos Expressway on Tuesday.

The News Agency of Nigeria (NAN) reports that the students protested against alleged killing of two of their colleagues by a Nigerian Army van on Saturday.

The victims were said to be crossing the highway by the institution’s main gate when the incident occurred.

The Public Relations Officer of the university, Mr Michael Osasuyi, told NAN that the institution was aware of the protest but did not support it.

“They are only sending out their messages; the university has tried its best to calm them down.

“Perhaps, they feel that there is need for other stakeholders to do something as regards the accident, but I must say that the university does not condone such,” he said.

NAN reports that the protest stretched from the school gate on Benin-Lagos Expressway to the main gate of the University of Benin Teaching Hospital.

It caused gridlock on the highway, forcing commuters to trek long distances to their destinations.

Some of the students carried placards with various inscriptions, including, “we need speed brakes” and “we need a fly over’’.