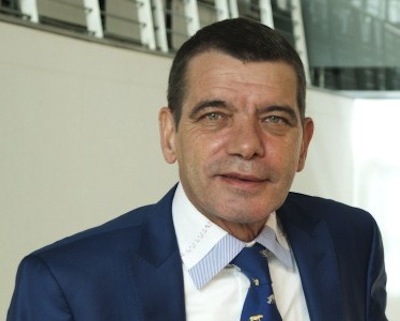 Bharti Airtel, the world’s third largest telecommunications services provider with operations in 20 countries across Africa and Asia, on Friday announced a significant milestone in its African odyssey when it acquired its 30th million customer in Nigeria.

In acquiring 30 million subscribers in Africa’s most populous nation, the company has hit another milestone of achieving a 20 percent market penetration in the country.

Making the announcement, Airtel Africa CEO Mr. Christian de Faria, noted that the company’s success was mainly driven by its reliable GSM network and a stable internet growth from its residential and business segments, that have further accelerated its subscriber base.

“This is a great milestone for Airtel Nigeria which has been successful despite the numerous challenges in the market, notwithstanding the increasingly competitive telecoms landscape. This is a testament of our focus on delivering quality products and services backed by innovations, that impact the day to day lives of our customers,” said Mr. de Faria.

According to the Nigerian Communications Commission, NCC, the total number of mobile subscribers in the country rose from 144 million in May 2015 to 146 million in June 2015. In addition, Nigeria’s mobile operators added 2.1 million new subscribers in June 2015 with the subscriptions to fixed networks increasing from 181,625 in May 2015 to 182,643 within the same period.

Airtel Nigeria CEO and Managing Director, Segun Ogunsanya said: “This achievement signals a major milestone in Airtel’s Africa growth story. It is a clear sign that our strategy is working and that our customers continue to enjoy the wide range of quality services that we offer. We remain committed and will continue to invest in Nigeria to tap into the huge potential that this market offers.”

The landmark comes two months after Bharti Airtel moved up one position in global rankings, becoming the third largest mobile operator in the world with over 303 million customers across 20 countries.