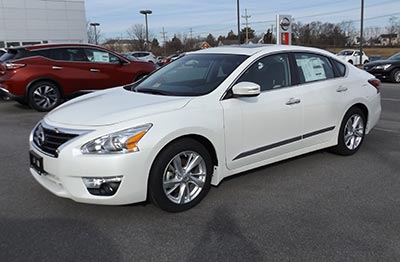 The car, which the federation said was delivered at the NFF secretariat, Abuja was confirmed on Tuesday by the federation on its official twitter page.

“Sunday Oliseh Nissan Altima 2.5 SL 2015 Model Car has just been delivered at the NFF Secretariat,” the NFF tweeted with a picture of the parked car.

It was has also learnt that the coach’s official residence in Abuja was almost ready.