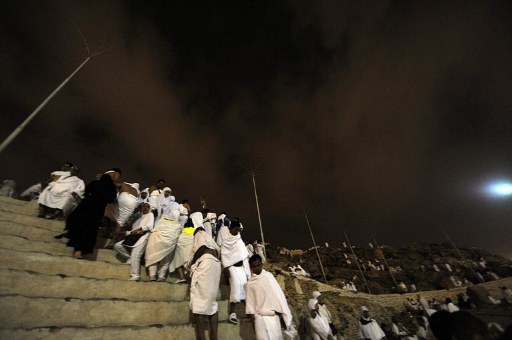 The military task force from Zamfara on Tuesday arrested a suspected cattle rustler among some prospective pilgrims from Tsafe Local Government Area at the Sultan Abubakar International Airport, Sokoto.

The News Agency of Nigeria (NAN) reports that the suspect (name withheld) is among those on the wanted list of the task force.

It was gathered that the prospective pilgrim was picked up at the hajj camp in the midst of other pilgrims and was immediately taken back to Gusau.

An official of the Zamfara Muslim Pilgrims’ Welfare Agency, who preferred anonymity, confirmed the arrest to NAN.

Meanwhile, at least 1,013 prospective pilgrims from Zamfara have been transported to Saudi Arabia for this year hajj.

Alhaji Aminu Adamu, an official of the state Committee on Hajj, told NAN that the pilgrims were transported by Max Airline on two flights and were currently in Saudi Arabia.

He said that arrangements had been concluded for the transportation of additional 551 prospective pilgrims from Talata Mafara to the holy land on Tuesday.