Appeal Court ruling a vindication of people's mandate for me — Ambode 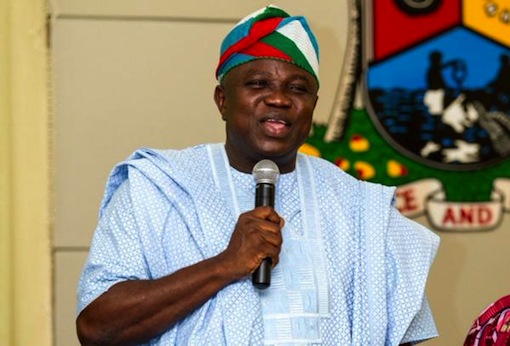 Lagos State Governor, Mr Akinwunmi Ambode on Wednesday described the Court of Appeal’s decision to uphold the State Election Petitions Tribunal confirmation of his victory at the 11 April, 2015 governorship election as a welcome development and a vindication of the people’s mandate which was expressly demonstrated on election day.

In a statement signed by his Chief Press Secretary, Mr. Habib Aruna, the Governor in his reaction to the Appeal Court ruling, said “the decision of the Appeal Court is a further testimony to the affirmation of our victory by the Tribunal and a vindication of the mandate of the people as expressed in the April 11, 2015 elections.”

The governor, however, urged the opposition to sheathe their swords, move beyond partisanship and join hands with his administration to move Lagos to the next level.

“With the Appeal Court decision, I think it is time for us to put electioneering matters and its attendant issues behind us. Our victory at the polls had earlier been adjudged as fair and square, the Tribunal confirmed this and now the Appeal court has upheld that decision. Isn’t it time for our opponents to sheath their swords?.

“I have never for once doubted the outcome of the polls. We had one of the most gruelling campaigns that took us across the length and breadth of the state. Our party’s strides over the last 16 years was also a scorecard that Lagosians voted for. I have consistently maintained my administration’s desire to work with every Lagosian, no matter the party,” he said.

The State Election Petitions Tribunal headed by Justice Mohamed Sirajo had on July 1, 2015 struck out the petition of the Peoples Democratic Party (PDP) candidate Mr Jimi Agbaje, against the victory of Mr Akinwunmi Ambode of the All Progressives Congress (APC) for incompetence and lack of correlation of the reliefs sought by the petitioner.

Agbaje and the PDP, however, appealed the judgement of the Tribunal at the Court of Appeal to contest Governor Ambode’s victory and the ruling of the Tribunal.

But the Appeal Court ruling on Wednesday reaffirmed the verdict of the Tribunal aligning with the July 1, 2015 decision of the Justice Muhammad Sirajo-led tribunal.

The five-man appeal panel, after dismissing Agbaje’s appeal on the grounds of incompetence, ordered him to compensate each of the respondents in the sum of N50, 000 each.