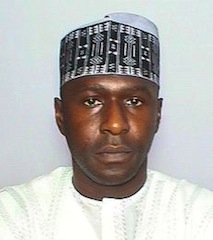 A top contender in the governorship primary election of Kogi State All Progressives Congress, APC, holding on Saturday, Nurudeen Abatemi-Usman, has dismissed the purported adoption of Alhaji Sanusi Abubakar as the consensus candidate of Kogi Central Senatorial District by the zonal caucus of the party.

Sanusi, who joined the race on the last day for the purchase of nomination form, was reportedly adopted at a meeting held in Okene and presided over by Senator Mohammed Ohiare with Senator Salihu Ohize in attendance.

In a swift reaction to the development, Abatemi-Usman, the immediate past Senator of the district, in a statement issued by his media aide, Michael Jegede, dismissed the said adoption, describing it as an exercise in futility which only represents the personal wish of the people involved.

“I wish to state that the reported adoption of one of the five governorship aspirants on the platform of All Progressives Congress (APC) from Kogi Central Senatorial District as the consensus candidate of the zone by some people who see themselves as the leaders of the party in the district did not come to me as a surprise. One of them had declared his intention to contest but later withdrew when he saw that he was not popular and could not have gotten anywhere in the race; only for him to now go and drag somebody else into the race as a mask and now come out to tell us that his candidate has been adopted by Kogi Central people. The supposed adoption as far as we are concerned is just a mere expression of the personal wish of those involved and does not in any way represent the decision of the delegates and entire people of Ebiraland,” Abatemi-Usman asserted.

He further stated that, “It is an exercise of their democratic right which they are entitled to. They have the right to choose their preferred candidate just like any other person or group. But they must not deceive and misinform the public by saying it is the choice of the people. By the grace of God, I remain focused and committed to my aspiration to govern Kogi State. I am not shaken by their decision. I have never relied on any kind of adoption or endorsement from any person, leader or godfather since I joined politics. Yet, God has been faithful to me as a young man committed to serving his fatherland. I had by the power of God and the people defeated some of these people championing this imaginary adoption in a keenly contested senatorial primary election before, including the then Governor’s anointed candidate. So, I am really prepared to face them. This is delegates’ election. The approach is different. We will all go to the field on Saturday to test our popularity and acceptance in the hands of the delegates.”

The gubernatorial aspirant, who has moved round the nooks and crannies of the 21 Local Government Areas (LGAs) in the state to solicit for the support of the delegates, reiterated the position of the national body of APC that the party has no anointed candidate and their promise to conduct a transparent, free and fair primary election.