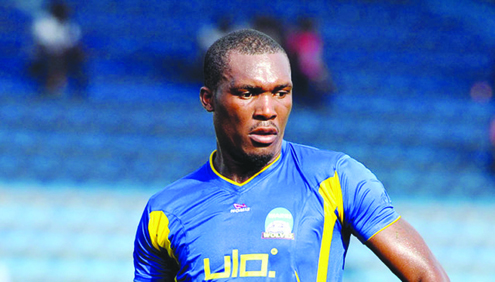 
The League Management Company (LMC) has issued a notice of summary jurisdiction to Warri Wolves Football Club for indebtedness to players and officials of the club.

The LMC, in a statement on Tuesday, said it served the notice after conducting its investigations following reports that the players had gone on strike.

“We served the summary jurisdiction notice to the club for failure to pay financial entitlements to the players for a period exceeding 60 days.

“This is a breach of Article B9.45 of the 2014/15 Nigeria Professional Football League (NPFL) Framework and Rules,’’ the statement by LMC Special Projects Officer, Harry Iwuala, explained.

Dolphins FC and Sharks FC were the first to be put on notice for points deduction sanctions earlier in the season.

Two other clubs, FC Taraba and El-Kanemi Warriors FC, have had to face the LMC measures designed to protect the welfare of players.

While Dolphins and Sharks acted before the deadline, the LMC had in separate letters to El-Kanemi Warriors and FC Taraba reminded them of the notice served on August 5.

It had then directed the two clubs to, on or before August 28, provide details of their financial situations.

The statement quoted LMC’s Chief Operating Officer, Salihu Abubakar, as saying the summary jurisdiction notice was a routine exercise it would continue to carry out to ensure compliance with regulations.

By this notice, Warri Wolves FC stand to lose six points should the indebtedness not be defrayed within 60 days of receiving this notice.

A further three points could also be lost for every other 30 days for which the remuneration or entitlement of the players remained unpaid.

The LMC also cautioned Warri Wolves players for embarking on strike without exhausting the provisions of the rules.

The rules require players of clubs in the league to first issue a notice to the club and also give the LMC a 15-day period within which to intervene.

This must be done before declaring any form of trade dispute, when the clubs fail to honour their contractual obligations.

Afterwards, they may take their case to the Nigeria Football Federation (NFF) Arbitration Committee, should they not feel satisfied with the LMC adjudication