Tribunal to decide petition against Gbajabiamila's election on September 29 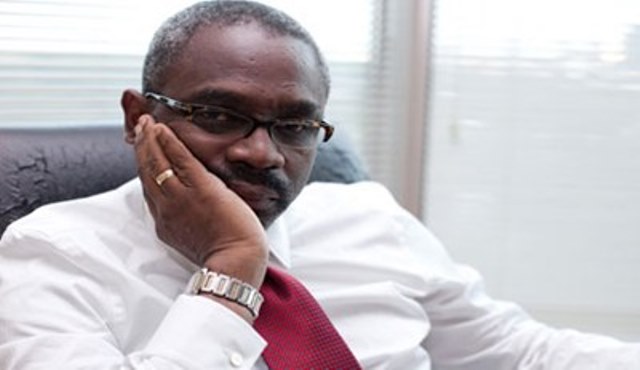 The National Assembly Election Petitions Tribunal sitting in Ikeja, Lagos will on September 29, 2015 deliver judgment ‎in the petition filed by the Peoples Democratic Party (PDP) candidate for Surulere Federal Constituency I, Mr. Tony Ashikodi, challenging the declaration of Dr. Olufemi Gbajabiamila of the All Progressives Congress (APC) as winner of the March 28, 2015 election.

The three-man panel, led by Justice C.U Anwuka fixed the date after listening to the submission and adoption of written address by counsel to parties.
Ashokodi, who had petitioned the tribunal through his counsel, Mr. Kalu Onuah, challenging the victory of Gbajabiamila, alleged irregularities during the election, which he said, breached the provisions of Independent National Electoral Commission’s (INEC) approved guidelines for the polls.‎‎
At the resumed proceeding yesterday, petitioner counsel submitted that Gbajabiamila ‎was not duly elected or returned by the majority of lawful votes cast at the election held on March 28, 2015.

He prayed the court to void the election by reason of manifest breach and violation of the Electoral Act 2015 Election Guidelines. He asked that a fresh election be ordered to be conducted by the INEC for the constituency.

Onuah submitted that the petitioner relied Section 53(2) which provides” where the votes cast at an election in any polling unit exceed the number of registered votes in that polling unit, the result of the election for that polling unit shall be declare null and void by the commission and another election may be conducted at a date to be fixed by the Commission where the result at the polling unit may affect the overall result in the constituency.”

‎He further cited Section 63,71 and 74 of the Act which stipulated that the form shall be signed and stamped by the presiding officer and counter- signed by the candidates or their polling agents where available at the polling unit.

However, Omotay‎o Olatunbosun who represented first and second respondent respectively, submitted that the petitioner’s argument was based on misconception of the law and a misrepresentation of facts.

He submitted that “the documents were actually dumped on the Tribunal without any witness demonstrating the specific purposes each document was meant to serve. It is on record that none of the documents tendered was linked with specifically in open court to the allegations in the petitions nor to specific paragraphs of the petition.

“The only witness called by the petitioner himself. His testimony constitutes, at best documentary hearsay. All he said about the occurrence of the event in issue is that he briefly visited the ward collation centres. There was no attempt on the part of the petitioner to call persons who actually witnessed the alleged events of alterations, cancelations, manipulations and falsifications.”