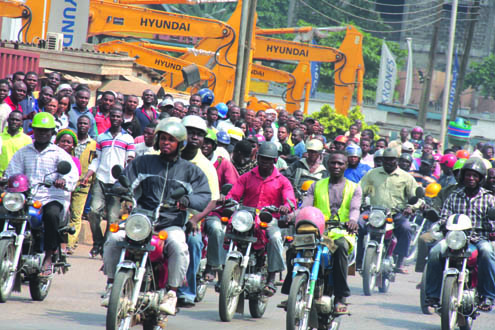 The Police Prosecutor, Insp. Zedekiah Orogbemi, told the court that the accused and two others now at large, conspired to commit felony and stealing, on July 26, around 1.30pm.

Orogbemi said that Adunni Manuwa had gone to the First Bank, Okitipupa, and after withdrawing N800,000, the bag containing the money was snatched by the accused and others at large.

Meanwhile, the accused, who is of no fixed address, pleaded not guilty to the two-count charge levelled against him.

The Magistrate, Mr Banji Ayeomoni, granted him bail, tentatively in the sum of N800,000 and a surety in like sum.

The case was adjourned till Sept. 10, for further hearing, and for the police to investigate and arrest other accomplices at large.