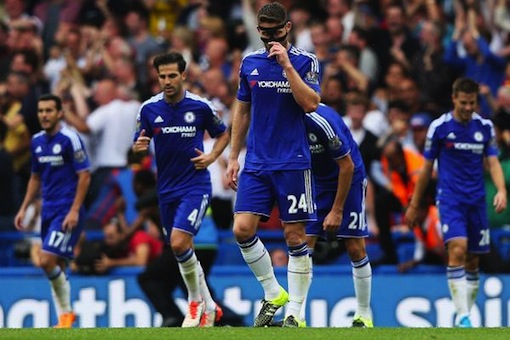 Deflated Chelsea players after the loss to Crystal Palace

Jose Mourinho suffered only his second defeat of the season in his 100th home league game in charge of Chelsea as Crystal Palace claimed a shock win at Stamford Bridge.

After a goalless first half in which Chelsea dominated possession, Palace took the lead when Bakary Sako drove in after Yannick Bolasie’s low cross.

Chelsea responded when substitute Radamel Falcao headed in his first goal for the club.

Palace regained the lead immediately as Joel Ward stabbed in a late winner.

They have been far from convincing so far this season having collected just four points, with just one of those picked up on home soil.