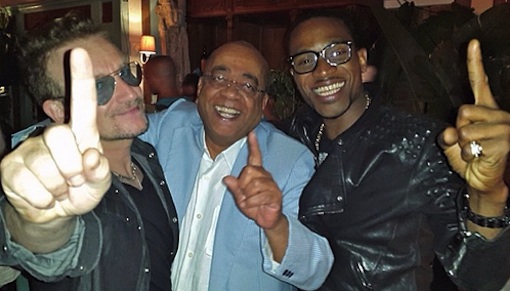 African stars have joined rock star Bono in a campaign to use music to help empower women globally.

Bono and the top African male musicians D’banj, Diamond and Banky W announced Friday that they will be included in a remix of the song “Strong Girl” – a rallying cry for women’s empowerment which features top African female talent.

U2 frontman Bono, who’s ONE advocacy group is the creative force behind the campaign for women empowerment, said music can create awareness and help shift policies to empower women because politicians are driven by popular things.

Sipho Moyo, Africa executive director of ONE, said the campaign hopes to create structural and policy changes globally that will ensure women are empowered. The ultimate goal is to eradicate extreme poverty in 2030, Moyo says.