First batch of Lagos pilgrims lands in Medinah for Hajj 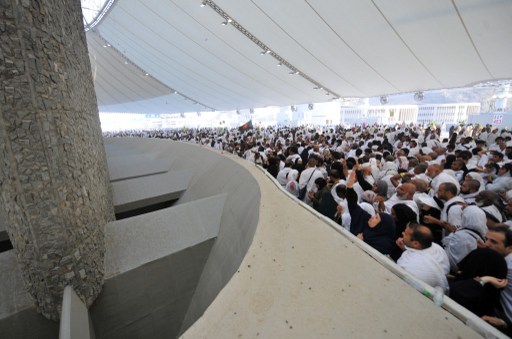 another scene at the pebble throwing ceremony

The first set of Lagos state pilgrims to this year’s Hajj exercise has arrived in Medinah.

Before their departure, the state Amir Hajj Abdulhakeem Abdullateef enjoined them to be the good ambassador of the nation while in the Holy land.

He also urged them to pray for return of peace in the country‎.

According to him, Hajj which is the last of five pillars of Islam, provides opportunity for the Muslims to undergo a spiritual rebirth in order to have stronger faith in Allah.

He assured the pilgrims that the state government had made adequate preparations for hitch free Hajj exercise which include welfare while in the Holy land.

On his part, the head of the official carrier for the state, Alhaji Muneer Bankole promised strict compliance with the airlift of the pilgrims.

He warned the pilgrims against being in possession of substance that could cause embarrassment to the state and the nation.