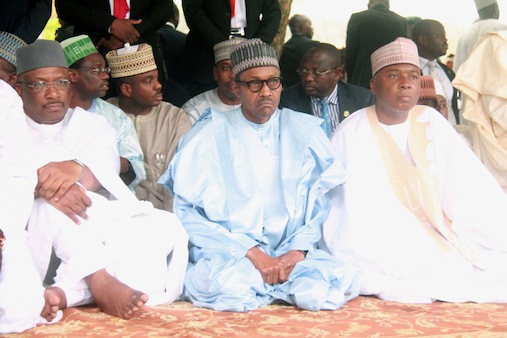 The Council of Imams and Ulama in Kaduna State, on Sunday said the effort by the President Muhammadu Buhari-led administration in recovering stolen wealth from past corrupt officials, was commendable.

The resolution was passed in Kaduna after the council’s annual conference.

The Chairman of the Council, Alhaji Baban Tuni and the Secretary-General Yusuf Arrigasyyu, presented the resolution.

According to the resolution, the effort of the Federal Government to recover all ill-acquired wealth looted from the nation’s treasury was laudable.

Tuni said: “Therefore, it is compulsory to retrieve the people’s right from corrupt and selfish persons.

“The Council is urging the government to do justice to the culprits according to the provisions of the law. The Council also feels delighted and appreciative of the Federal Government under President Muhammadu Buhari in its effort to wipe out insurgency and other terrorists acts from Nigeria.

“The Council equally observes that some progress and successes have been recorded at various levels within few months of this administration.’’

Tuni said further that the council was impressed about the recall of officers and men of the Nigerian Army who were dismissed on grounds of insubordination, treason and various other charges.

The Council, however, reminded Buhari and all other political leaders to fulfil their campaign promises to the electorate.

“We call on all Nigerians to remain steadfast and continuously pray for the sustenance of our country and we pray that Allah help our leaders to be just and truthful.”