Kanye West to run for US presidency 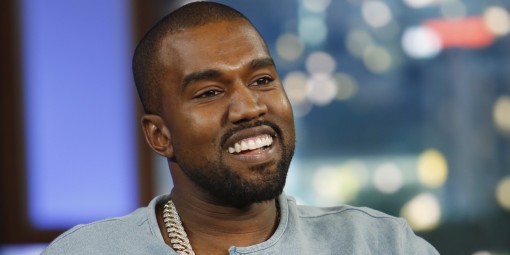 Kanye West said that he is running for president in 2020 during his acceptance speech for the MTV Music Video Award’s lifetime achievement honor.

West made the announcement at the end of a 10-minute-long speech where he discussed visiting the grocery store with his daughter and admitted that he does not understand awards shows.

“And yes, as you probably could’ve guessed in this moment, I’ve decided in 2020 to run for president,” West said, before walking off stage.

West famously stormed the stage at the 2009 awards to protest Taylor Swift’s win for best female video. Swift presented the Video Vanguard award to West on Sunday night and stood next to his wife Kim Kardashian during the speech.

After accepting the award on stage, West stood silently for several minutes under a spotlight while the crowd cheered for him. “Bro, bro, listen to the kids,” West began.

In his speech, West rehashed the controversy in 2009, when he took Swift’s award. He said that it is something he thinks about in the grocery store with his daughter and when a crowd of 60,000 people boo him at a baseball game.

“I think if I had to do it all again, what would I have done?” Kanye said. “Would I have worn a leather shirt? Would I have drank a half a bottle of Hennessy and given the rest to the crowd?”

He then asked if he would do it if he had had a daughter at the time, as he does now, would he have taken the award from Swift. At no point in the speech did he give a clear answer to those four questions.

Six years later, West said it does not make sense to him why “five artists” are given the opportunity to attend awards ceremonies where they can lose. “I still don’t understand awards shows,” West said.

West also acknowledged that his comments might make the audience wonder about whether he was intoxicated.

“‘Did you smoke something before coming out here?’” West said. “The answer is yes, I rolled up a little something to knock the edge off.”

Shortly after, he announced his run for president.

West who supported US President, Barack Obama, in his reelection bid is widely known to support Democrats and will be expected to run as a Democrat.